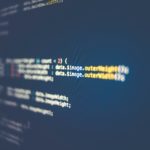 VMware, the virtualisation and cloud infrastructure specialist, has revealed how IT security professionals within financial services firms are losing the battle to keep vital data safe against what is now a rising tide of cyber threats. In a new study*, 67% of respondents admit to cyber security practices in their organisations ‘which would shock outsiders’. A staggering 90% also stated they have to make compromises which could leave other areas exposed when protecting their organisation against cyber threats, while just over half (51%) admitted they do this on a regular basis.

As the financial services industry continues to digitise, the study suggests that too great a focus is being placed on protecting the more visible consumer services, such as customer websites, potentially leaving exploitable holes surrounding internal systems and trading data.

The VMware study’s findings show that, while there’s quite rightly an overwhelming focus on protection for e-Banking and customer applications, this is often at the expense of other systems. With Rob Wainwright, the director of Europol, recently voicing serious concerns that cyber criminals’ capabilities are sophisticated enough to really threaten critical infrastructure in the financial sector, the findings point towards a need to better balance financial organisations’ rapid digital transformation with stringent cyber security practices right across the business.

There also appears to be a sense of frustration in terms of the direction those responsible for defending against security threats receive, alongside a lack of understanding from leadership teams of the potential for breaches. Over half of those professionals surveyed (53%) don’t believe their leadership team understands the complexity of today’s threats, a quarter (25%) stated the impact of cyber crime was simply treated as a cost of doing business, 62% revealed they struggle to secure funding for urgent cyber security projects and 65% admitted that coping with the stress associated with their role is often difficult.

Ian Jenkins, head of network security for the UK at VMware, said: “In chasing the digital ‘promised land’, financial services organisations run the constant risk of overstretching already antiquated security infrastructures. Those on the front line defending against cyber threats clearly feel there are significant flaws ready to be exploited. This should act as a wake-up call that there are serious risks posed to data if security isn’t embedded into everything that financial organisations do. Ignoring these risks and the compromises having to be made could be hugely damaging.”

Richard Bennett, head of accelerate and advisory services at VMware, added: “This past era of compromise towards cyber security must end. A revised approach towards protecting digital assets, starting with a ‘Security by Design’ philosophy, is required to allow IT security professionals to dynamically manage the myriad threats now faced. This involves understanding the fact that cyber security doesn’t begin and end with IT, but rather is a challenge for the whole organisation. It’s also about recognising that adaptive networking, applications and systems are no longer ‘nice to haves’, and that cyber hygiene is intrinsic to a company’s digital footprint in this day and age.”

*VMware’s research of 201 UK-based IT security professionals working in the financial services industry in businesses with a minimum of 250 employees was conducted by Opinion Matters in October last year. Opinion Matters abides by (and employs members of) the Market Research Society whose work and operations are based on the established ESOMAR principles