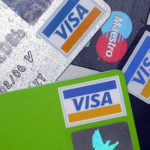 Analytic software firm FICO has released an interactive map of European card fraud which shows that card fraud losses for 19 European countries hit approximately €1.8 billion in 2016, representing a new high. The UK witnessed the highest losses at £618 million (representing a 9% rise over 2015), topping the previous peak in card fraud set in 2008 after the introduction of Chip and PIN.

Card Not Present (CNP) fraud has burgeoned from 50% of gross fraud losses in 2008 to 70% in 2016. Ten countries saw an increase in fraud losses, while eight witnessed a decrease.

At 8.9, France exhibited the highest basis points (ie ratio of fraud losses to sales) among the 19 European countries surveyed, compared to 7 basis points for the UK. However, French card spending is half of that in the UK, making UK losses much greater.

Together, the UK and France account for 73% of the total losses among the 19 countries in 2016, followed by Germany, Spain, Russia, Italy and Sweden.

The interactive map is based on data collated from Euromonitor International, with additional information supplied by the UK Cards Association.

“The growth in online spending and CNP fraud brings new challenges for banks and retailers as the criminals thwarted by Chip and PIN have moved to a less risky channel,” said Martin Warwick, senior consultant for fraud at FICO. “Hiding among the growth in online purchases is great from a criminal point of view, but finding and stopping fraudulent transactions just becomes tougher and tougher for the authorities. Spotting the ‘needle in a haystack’ requires new behavioural analytics and Artificial Intelligence combined with enhanced information from outside the traditional data contained within a purchase.”

Fighting back with AI

FICO is working with banks to advance the use of machine learning and Artificial Intelligence in order to identify fraud on a faster scale. The key is to spot anomalies without putting friction into the transaction.

“It’s no longer just about identifying patterns that are unusual for the customer,” observed Scott Zoldi, FICO’s chief analytics officer. “We’re also looking at anomalies at the mobile device, IP address and merchant levels. All of these have ‘behaviours’ just as individuals do, and we’re using our 25 years of experience in Artificial Intelligence to identify those behaviours.”

Mobile analytics is an important area here. “Archetype analytics have been developed that tap into the rich source of mobile context such as advanced geo-location, allowing us to use that information to make real-time decisions during a transaction,” explained Zoldi to Risk UK. “These analytics draw on our patented work with customer behaviour archetypes.”

Banks and card issuers are also beginning to step up their use of real-time customer communication. “Contacting consumers early using automated two-way SMS is a key solution in terms of making sure transactions are valid,” observed Martin Warwick. “If this is fully-automated and tied into the anti-fraud solution, then cases can be closed without human intervention and consumers may be allowed to continue to spend when and where they want.”