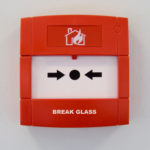 False fire alarms are a real problem. Last year, a Government report highlighted the fact that 44% of Fire and Rescue Service call-outs turn out to be for false alarm episodes. The cost to businesses due to disruption and the cost in terms of time and resources for the Fire and Rescue Services can be considerable but, as Robert Yates outlines, those costs are also avoidable when appropriate system design parameters are rigorously followed.

In conjunction with other partners including the Association of British Insurers, British Approvals for Fire Equipment, the Building Research Establishment and the CBRE, the Fire Industry Association (FIA) determined to conduct a research programme on false alarms alongside the Scottish Fire and Rescue Service (SFRS). The report subsequently published in 2016 highlighted a number of sources of false alarms, with the activation of a manual Call Point shown as the cause of false alarms in 12% of all cases (due to physical impact on the Call Point or accidental or malicious activation).

The report concluded that fitting protective covers on Call Points could reduce the level of false alarms by up to 16%. As a result of the document, it was decided to incorporate compensatory measures into the re-write of BS 5839 Part 1 (to be BS 5839 Part 1: 2017). This guidance document examines the benefits of Call Point protection and where and how they should be fitted in line with recommendations highlighted in British Standards.

It was originally thought that, by fitting a cover to a Call Point, it was then no longer a Type A Call Point, but instead a Type B Call Point because it was considered as requiring two actions for activation. However, on reviewing the requirements of EN 54-11 (Annex A), moving a protective cover doesn’t break the frangible element so the Call Point remains a Type A and isn’t a Type B. BS 5839-1: 2017 Clause 20 has been amended.

As a Code of Practice isn’t retrospective, there’s no requirement to fit protective covers to existing installations. It would be prudent, though, for end users to have protective covers fitted to any Call Point that has evidence of initiating – or has the potential to initiate – a false alarm scenario.

Recommendations from the SFRS report suggest that all manual Call Points should be fitted with a protective cover to help reduce incidents of accidental activation due to breaking the ‘glass’. Also, the recommendations include (in certain vulnerable areas) side impact protection for Call Points to prevent inadvertent operation due to impacts from trolleys and other such objects.

There are three basic categories of false activation: accidental (ie due to a misunderstanding of the unit, fumbling for a light switch or being confused with door release), opportunistic (ie a passing nuisance such as a school prank/drunken fun) and malicious (ie the deliberate attempt to operate, for example by a casual vandal).

Pressure on the frangible element, an object striking the manual Call Point or vehicular contact would all point to the need for protection. Manual Call Points should be prominently sited and visually distinguishable. Even in those situations where they’ve been flush-mounted in locations where they’ll be seen, this can still result in accidental or malicious damage.

Although the recommendations in BS 5839-1 for siting manual Call Points in relation to false alarms state that they shouldn’t be located where they’re likely to be exposed to accidental damage, in reality this isn’t always feasible.

Potential hazards include impact by – but not limited to – trolleys, trucks, hospital beds, forklifts, people traffic and cleaning operations.

Protection should be selected appropriate to the source of false alarms and taking into account the application. There’s a definite need to keep a clear space around all fire detectors and Call Points.

Manual Call Points need to be prominently sited, readily distinguishable from non-fire alarm Call Points and distributed at a given premises such that, from any point in the building, it’s actually impossible for an individual to leave the storey or the building without passing a manual Call Point.

Sufficient Call Points must be provided to minimise, to a reasonable extent, the delay between discovery of a fire and the sounding of the alarm. Where the fire hazard level is high and rapid fire development is anticipated, this delay needs to be commensurately shorter.

If they’re present in unsupervised areas, manual Call Points can be subject to malicious operation. For this reason, they’re not normally provided in, for example, public common areas of shopping complexes and certain public houses. In public car parks within a building, the use of an emergency voice communication system could be considered instead of manual Call Points.

In the event of an evacuation signal, individuals evacuate the building via an exit that leads to a place of ultimate safety. In other words, a place in which there’s no immediate or future danger from fire.

Moreover, in order to escape, people would need to re-enter the building and therefore be afforded an opportunity to operate the fire alarm system on their way towards a suitable exit. Similarly, the same would apply to a door leading to a roofed area from which there’s no suitable means of escape (for example, an external escape stairway).

Manual Call Points should be fixed at a height of 1.4 metres above the finished floor level, at easily accessible, well-illuminated and conspicuous positions free from potential obstruction. They should also be sited against a contrasting background to assist in easy recognition. A lower mounting height is acceptable in those circumstances where there’s a high likelihood that the first person to raise a fire alarm will be a wheelchair user.

In public car parks, any use of an emergency voice communication system in lieu of manual Call Points should be subject to approval by the relevant enforcing authority, while any system deployed should conform to BS 5839-9. All outstations should be Type B outstations as defined in BS 5839-9. For its past, the master station should be sited in a permanently manned location (such as a Control Room).

It’s important to be fully up-to-date with the standards and wholly aware of the guidance. A full guidance document is available to download as a PDF from the FIA’s website (www.fia.uk.com) under the ‘Resources’ tab.