Whether your business is a fire detection and alarm company, or a security operation looking to expand into fire alarms, becoming third party certified is an extremely worthy consideration. After all, certified companies do help to build trust with potential clients. However, the process to become certified can be long, confusing and, quite often, a rather daunting prospect. What should be your starting point? What certification scheme do you require? How long will the whole process take? Crucially, how much will it all cost? Here, Kevin Stearns looks to provide some answers.

Naturally, any business considering a process such as becoming third party certified will want to weigh up the benefits of doing so, but the fact of the matter is that many larger clients will not speak to fire detection and alarm companies that don’t have certification. In order to pick up those larger clients, becoming certified is a very necessary step. How, though, does it all work?

The supplier (now a Certificated Organisation) is permitted to claim compliance with the scheme, display copies of its certificate and, in most cases, show the logo(s) of the scheme and the certification body involved. Depending on the scheme, they can also issue certificates of conformity for the product(s)/service(s) they provide, such as a complete fire alarm system or an extinguisher service.

A wide range of third party certification schemes cover such diverse areas as the installation and maintenance of fire alarms, extinguishers, sprinklers, emergency lighting, fire risk assessments, fire doors and passive fire protection. You need to make sure you use the relevant scheme for your business’ needs.

The Fire Industry Association (FIA) has a special ‘Route to Certification’ package which provides a consultancy service to ensure that all companies wishing to become certified gain that status in as little as ten-to-12 months. This means that the business can also enjoy the benefits of FIA membership as soon as it signs up to the package, which includes almost 40% off the training and qualification courses in fire detection and alarms.

Benefits of the package

In terms of how long the package can benefit participating companies, there are really two main aspects to consider.

The first of these is that a given company achieves its certification aims (having completed the work that’s required with our help, support and guidance along the way) for whatever standard they’re aiming towards. 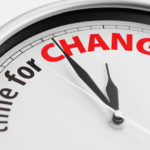 Second, through the ‘Route To Certification’ package, the company obtains its first year of FIA membership fees free of charge. There’s no costing for membership, but the business still becomes an FIA member. On top of that, it gains access to reduced rates on training courses and all of the other benefits that the FIA offers, including website news, guidance documents, publications, standards, Best Practice advice and Focus News, etc.

Some companies are struggling with third party certification, but that’s mainly because of the work that they need to put into the process from the point of view of being in the office. If you’re doing paperwork, you’re not earning money. For some of the smaller companies where there are only two or three employees on the books, the workload (and things like pre-planned maintenance, etc) is so demanding that some of them struggle to actually sit down and find the time to complete the paperwork that’s required for them to reach the point of being ready for certification.

The other part of my own role is to gently nudge companies and push them along towards ‘getting the job done’, and pester them for visiting dates to go and see how they’re coming along. I try and work to a timetable that sets a deadline by which point they must have completed certain elements. I can turn up on site and give them the help, advice and guidance that they need to move on to the next stage.

Companies are all going for the same sort of certification. It’s either BAFE 203 for fire detection and alarm systems (all the modules or, alternatively, a combination of them) or ISO 9001 because they’re dealing with portable fire extinguishers.

Why use a consultant?

Companies looking for third party certification like to use a consultant because it’s easier having advice being put to them. A consultant can steer them in the right direction, and is also able to provide them with a range of different document templates and formats they can use that are acceptable to the industry for certification. It’s better than them muddling through themselves and trying to work out what they need.

Companies can go and find their own consultant, of course, and they can then go and arrange with their own certification body to become certified. What the ‘Route to Certification’ package offers, though, and which I think is its biggest benefit, is the fact that it’s a one-stop shop.

Participating companies receive the advice, the guidance and the template documents to help them on their way. They receive FIA membership and all the support and access to the FIA immediately. If they’re doing everything themselves, they’ll not receive all of that support until such time that they become FIA members. 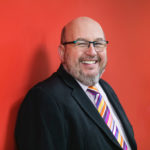 In terms of feedback received to date, it has all been very positive. A company in Worcester had its certification audits completed only recently. The audit process took two days, but that was due to auditor availability. The company concerned went through the first stage with no non-conformities. On the first day, the business was happy because it had no non-conformities raised against it at all. I was personally pleased with that because, when I first went to see them, there was just a pile of forms.

The companies we’re working with range in size from one firm down in Cornwall where it’s just two chaps running the business up to a couple of others: one in Leighton Buzzard, for example ,where they have five or six employees, and a company in Willenhall which, including admin staff, has around ten or 12 employees on the payroll. It’s the whole range.

Some of the firms have been going for ten years or more, but they’ve only just started looking at certification. Three or four companies are new starts from December. As I said, it really is the whole range. I’m due to go and see a company this month for the ‘Route to Certification’. It has been up-and-running for six years, but is only just beginning to look at certification.

Kevin Stearns is Compliance Manager at the FIA