For those working within the security sector who may be unfamiliar with fire protection products, EN54 is the series of standards for fire detection and alarm systems. Most of the standards in this series are related to individual product types. These standards define the requirements and related tests for different components of fire detection and alarm systems. EN54-2 covers control and indicating equipment, while EN54-5 covers point type heat detectors for instance. There are 23 of these product standards, explains Robert Yates.

EN54-13 is different and is concerned with the ability of all the individual components to work together in a system.

Detection devices and manual Call Points need to be able to signal to the control panel which in turn needs to activate sounders and visual alarm devices to alert occupants. In addition, control outputs are necessary to operate other fire protection methods such as releasing fire doors, returning lifts to the ground floor or the shutting down of plant. The system may also need to call the Fire and Rescue Services via an Alarm Receiving Centre or connect to an extinguishing system.

It might seem rather obvious that the individual products have to work in a system and an assumption made that manufacturers will obviously ensure compatibility for their products. However, it’s unlikely that individual manufacturers are able to meet all applications with their own products. For their part, system installers working on behalf of end users need to select components from other sources to use with their chosen system.

How, then, is an installer to know if these products are indeed compatible with the system and how can this be verified by the end user? This is where EN54-13 approval helps to give confidence to both the installer and the end user that everything works as it should.

EN54-13 is entitled ‘Compatibility and Connectability Assessment of System Components’ and concerns itself with the overall compatibility and connectivity of components into a full fire detection and alarm system. 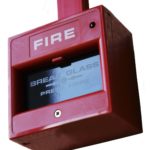 Type 1 components include any components covered by an EN54 standard and approval bodies will expect the corresponding EN54 approval to be in place before any EN54-13 approval can be given.

Any devices not covered by an EN54 standard may be declared as a Type 1 or Type 2 component. For a declaration as Type 1, the product must conform to the functionality declared by the manufacturer as well as compliance to the appropriate EMC and environmental standards.

The manufacturer shall declare if products are to be tested as Type 1 or Type 2 components.

Why is this standard important/significant?

EN54-13 was first published in 2005. In some European countries, it’s an essential requirement for fire detection and alarm systems. In others, it’s heavily specified. The UK has been a little slower in take-up of the standard with it first appearing in the 2013 Edition of BS 5839 Part 1.

BS 5839 Part 1:2017 Clause 11.1 commentary advises: “It’s essential that compatibility between components is taken into account by the designer of the system. BS EN 54-13 can be used to confirm system compatibility.”

Manufacturers’ accompanying data sheets and technical manuals are of course important documents relating to system limits. These will include information regarding maximum and minimum voltages, current limitations, number of devices, cable resistance, capacitance and inductance limits as well as other fictional limitations. However, analysis of such information isn’t always as easy as might be imagined and manufacturers’ data can sometimes be out of date or inaccurate (and especially where older products are concerned). EN54-13 approval ensures the products have been tested and/or analysed together by a third party testing body.

Approval of systems to this standard is on the rise since the incorporation into BS 5839-1. This can only be a positive development since there are a multitude of compatibility problems that can occur.

What problems can occur?

One area of particular concern regarding compatibility surrounds conventional systems. Some installers assume that conventional devices work with any conventional panel. On a good day, any exceptions are found quickly upon testing the installed system.

More worrying are those instances where the system appears to function correctly. Such systems may be close to operational failure where a small change in system parameters leads to the system not functioning as required. It’s therefore essential that system installers make all of the necessary checks with manufacturers and confirm compliance for their proposed configuration. 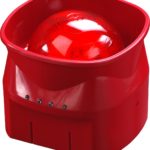 Another issue that can be encountered surrounds accountability where products from different manufacturers are required to work together. This can lead to the installer and/or end user finding it difficult to ascertain where any problem lies. Again, EN54-13 solves this potential problem because the holder of the EN54-13 certificate will have full responsibility.

Connectability is also an essential aspect of EN54-13 approval. Fire systems are often connected into other systems. Fire systems are being increasingly specified with connectivity to BMS, paging, CCTV, access control and other systems. This trend is likely to increase as we progress into an increasingly digitised world. It’s hugely important, then, that this connectivity doesn’t lead to a degradation of the core functions of a fire detection and alarm system. Such integration mustn’t jeopardise the prioritisation of life safety protection.

EN54-13 approval that includes components for the integration of other systems gives the specifier confidence that any such connectivity is safe and reliable.

The 2017 Edition of EN54-13 has many technical revisions of interest to manufacturers and approval bodies. For the installer and end user, the main differences of interest surround the removal of the partial open/partial short requirements and the types of transmission paths covered.

In the 2005 Edition, there was a requirement for the system to identify partial open and partial short circuit faults. In essence, the system would identify changes of plus or minus 10% in the resistance of its transmission paths. The purpose of this requirement was to identify such faults before the fault could develop to a point where a failure could occur (eg under full load). The 2017 Edition removed this requirement as it was deemed to be more relevant within EN54-2, the standard covering control and indicating equipment. It’s likely, therefore, that the requirement will re-surface in the next edition of EN54-2 as an option with requirements.

When does the standard apply/not apply?

EN54-13 isn’t a harmonised standard under the Construction Products Regulation and, that being so, there’s no legal obligation to use EN54-13 products. However, as described above the specification of EN54-13 approval has significant benefits for the installer and end user alike.

Where to seek help 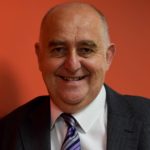 The Fire Industry Association (FIA) has developed a range of resources to help break down EN 54-13:2017, including a recently published Fact File entitled ‘Fact File 48 – Guide to BS EN 54-13:2017’.  This short but comprehensive guide includes some background information on this part of the standard, information about transmission paths, software design documentation and a flowchart for assessment.

Additionally, Fact File 48 lists all of the changes from EN 54-13:2005 to EN 54-13:2017, which will give the reader a concise and accurate update in case they’re not already familiar with the changes.

The Guide to BS EN 54-13:2017 is available free of charge on the FIA’s website. Visit www.fia.uk.com and search the publications library under the ‘Resources’ tab.