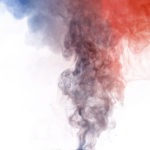 A study conducted by the Building Research Establishment in partnership with the Fire Industry Association as well as several key fire detection and alarm system manufacturers has concluded that multi-sensor detectors are better at rejecting false alarms. Bernard Laluvein and Robert Yates take a close look at the study’s findings and what they might mean for times hence.

Across the past decade, the Fire Industry Association (FIA) and the Building Research Establishment have partnered with numerous organisations – among them the Scottish Fire and Rescue Service – in a bid to investigate and find solutions to the false alarm problem that perpetuates across the UK. The subsequent research projects provided anecdotal indications that employing multi-sensor fire detectors would help in reducing the occurrence of false alarms. However, hard evidence was missing in order to establish how effective multi-sensors could be in reducing false alarms.

For the latest study, 12 manufacturers from the UK and Europe were involved in the research. Their products represent most of the detectors sold in the UK. From those 12 manufacturers, we put together 35 different detectors and these were tested against two standard optical smoke detectors: one of them commercial, the other domestic.

There are many different sorts of multi-sensors, of course. Our research focused on multi-sensor detectors comprising an optical smoke chamber together with a heat sensor. However, even within this detector type, performance varies greatly depending upon the design and the settings used. As a direct result, the research graded them into three distinct categories: Standard, Intermediate and Advanced Performance.

Standard multi-sensor detectors are those smoke/heat detectors employing the heat element to modify the response of the smoke sensor, meaning that the detector would respond more rapidly when heat is present. With no heat present, the detector may then also delay its response.

Intermediate category systems are the detectors that used a smoke chamber design incorporating features of the Standard detectors, but with added design benefits (for example, a more specifically designed chamber to eliminate the potential for false alarms by preventing insect ingress or that of dust).

The Advanced category, which the research predicted was likely to be the most effective at reducing false alarms, were those sensors which had the features of the Standard and Intermediate categories, but also employed sophisticated targeted algorithms which would eliminate a false alarm.

Following categorisation, the next stage of the research was to test the sensitivity of the different multi-sensor detectors compared to standard optical smoke detectors. Ten different fire tests were conducted, looking specifically at the performance of the detectors and their ability to detect fires.

TF1 is specifically a hot wood-burning fire that produces heat yet not much smoke, while TF8 is a fuel-burning fire that produces very little heat, but very heavy smoke. In this way, the testing represented the extreme ends of the spectrum for fires that may occur in the real world. A good fire detector needs to be used in almost every circumstance and must be able to detect a whole range of fire types that may be encountered depending on the fire risk.

To the six test fires listed, four new fires were specifically designed for the research (these were not listed in EN 54) to extend the range of test fire types. These were based on fire-retardant material or MDF material, in turn creating slow burning fires and again replicating real life situations.

In knowing that there wasn’t much difference in ability to detect fires, the second test was then orchestrated to examine all of the detectors’ abilities to reject typical false alarm situations. Would the multi-sensor detectors perform better?

The false alarm testing was developed in conjunction with the University of Duisburg in Germany. The team there had some expertise in developing false alarm testing. In addition, their involvement meant that there was a further element of impartiality and independence from the industry.

Five different false alarm tests were carried out involving burning toast, cooking, steam, dust and aerosol spray. Other tests such as cigarette smoke and long-term dust were also considered, but abandoned because repeatable results were not possible due to the amounts of variability in these two tests.

There were two outcomes from the tests, the first being the results of the tests themselves and the second that the initial grading of the multi-sensor detectors into Standard, Intermediate and Advanced Performance categories was correct.

Additionally, the fire tests justified the way the research categorised the different types of detectors in that they all responded in the right order. The Standard category responded first (meaning they were not as good at rejecting false alarms), then the Intermediate category alarmed afterwards and, finally, the Advanced category of detectors (which had the benefit of sophisticated algorithms to filter out false alarms) then responded the latest.

Given the conclusions, then, there’s scope in the future for the FIA to be involved with developing a means of grading detectors within the British and European Standards. In conjunction with other industry bodies and stakeholders, the FIA is also considering the introduction of new false alarm tests developed for the research within European or British Standards. This means that detectors will come with a label identifying the level of resilience to specific types of false alarm.

Both of the above will help categorise detectors according to their ability to reject false alarms. Ultimately, this means that end users will be able to understand what they’re buying. Installation and maintenance companies can recommend a category of detector for their clients to solve a false alarm issue within a building. This will be especially helpful where there are buildings particularly prone to false alarms, serving to minimise business disruption and reduce the strain on Fire and Rescue Service call-outs.

There will be an impact on manufacturers and how they’re going to create their products for the future. Designs may be re-evaluated for their level of effectiveness against false alarms.

Further research and development of products is more expensive, but the benefits of developing these products may mean that we start to see even more sophisticated multi-sensor detectors on the market in years hence.

Bernard Laluvein is Director of ADT Fire & Security and Chairman of the FIA’s Fire Detection and Alarm Council. Robert Yates is Technical Manager at the Fire Industry Association