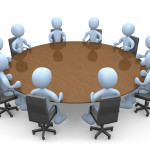 According to the Financial Conduct Authority’s (FCA) thematic review of oversight and controls of financial benchmarks, companies still have further work to address in order to identify the full range of their benchmark activities and improve management of the associated risks.

Robust financial benchmarks play a significant role in the global economy and impact a multitude of financial instruments and contracts used by companies, Governments and consumers.

The FCA conducted a thematic review between August 2014 and June this year to derive an early assessment of the extent to which businesses have learned the lessons from previous failures around benchmark activities and taken appropriate action in response.

The FCA states that some progress has been made on improving the oversight and controls around benchmarks.  However, application of the lessons learned from the LIBOR, Forex and Gold cases to other benchmarks is said to be “uneven” across the financial services sector and “often lacks the urgency required” given the severity of recent failings in the system.

In its detailed report entitled ‘Financial Benchmarks: Thematic Review of Oversight and Controls’, the FCA has discovered that companies are failing to identify a wide enough scope of benchmark activities by interpreting the IOSCO definition too narrowly. Also, some firms have not made sufficient effort to properly identify the conflicts of interest that could arise from their businesses and benchmark activities.

Tracey McDermott, director of supervision for investment, wholesale and specialists at the FCA, commented: “We’ve seen widespread historic misconduct in relation to benchmarks. It’s now absolutely critical that firms act to restore trust and confidence in the system. Companies should have in place systems designed to manage the risks posed by benchmark activities and address those weaknesses that have previously been identified.”

McDermott continued: “We recognise that this is a significant task and that businesses have made some improvements, but the consistency of implementation and speed at which these changes have been taking place is disappointing. Firms should take our findings on board and consider further steps to improve their oversight.”

In the wake of this thematic review, the FCA has adopted the view that companies need to:

*continue to strengthen governance and oversight of benchmark activity

*continue to identify and manage conflicts of interest

*fully identify their benchmark activities across all business areas

The FCA is now writing to all those companies involved in the review process to provide individual feedback and will be following up on this work as part of its regular supervision of companies.

There’s an expectation from the FSA that firms will “instil a culture in which market integrity and consumers interests are at the heart of how they run their businesses”.

In response to the FCA’s review, Simon Hunt (PwC’s UK banking and capital markets leader) said: “The identification of a complete population of benchmarks subject to the IOSCO definition is a significant challenge with which firms have been grappling for some time. Companies that have introduced centralised governance and an oversight body for these benchmarks have been able to strengthen significantly the control infrastructure and understand and manage the risks that they face as an organisation. Those firms that have been under greater scrutiny have typically done more than others, but the industry does still have some way to go in order to ensure consistency in the quality of the control infrastructure that’s established.”