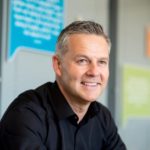 Facial recognition technology and a ‘self-help’ approach towards crime prevention can save businesses millions of pounds and help to protect the public in commercially-operated spaces. That’s according to Nick Fisher, the newly-appointed CEO of Facewatch.

With new investment following the completion of a successful fundraising exercise, Facewatch is now poised to roll-out its secure cloud-based facial recognition system in retail and other business locations across the UK, with Fisher – a former senior executive at Phones 4U and Dixons Retail – leading the strategy.

“Businesses are continually fighting a losing battle against low-level criminality which police are hard-pressed to investigate and solve due to limited resources being needed for major crimes,” explained Fisher. “Our work with businesses is showing that just 10% of low-level crime is reported and only 5% solved, which means that businesses of all sizes are paying a high price for rising petty criminal activity, while there’s growing apathy among victims.”

Fisher continued: “In a wider context, we’re living with the constant threat of terrorist attacks. More locations where facial recognition solutions are in operation can provide additional intelligence in support of our country’s overall security ecosystem.”

The answer, Fisher believes, is for businesses to be more proactive in deterring and preventing crime by using all the benefits of significant advances in technology, which Facewatch is ready and able to deliver.

“Businesses need to adopt a self-help approach with the right tools and support to make cost-effective changes and re-position how they protect their customers, employees and profits from crime,” added Fisher.

Facewatch is a secure, cloud-based platform that enables businesses and police services to capture and share CCTV evidence, offender images and intelligence with each other.

The technology makes it possible to capture and share algorithm versions of cropped facial images securely to the cloud, where they’re then analysed and compared to ‘Watch Lists’ of known offenders and persons of interest within a matter of seconds. When there’s a match, an instant alert is sent back to the business.

Fisher, who was working as a business consultant to Facewatch prior to taking up the role of CEO, has led the funding round to realise additional investment of £1.41 million for the organisation, bringing the total funding raised to date to a total of £7 million.

The latest investment round will provide working capital to help fund the roll-out of facial recognition and other services in conjunction with strategic partners, among them Stanley Security and NEC NeoFace Watch.

“After a short time spent looking at the business model, the relationships forged and the future strategy and market opportunity involving developments such as facial recognition, accepting an invitation to lead Facewatch was a hugely exciting proposition for me,” asserted Fisher.

Simon Gordon, founder and chairman of Facewatch, added: “I’m delighted and proud that we have someone of Nick’s calibre running Facewatch. I’m looking forward to supporting him as he takes Facewatch to the next and most exciting stage on our journey.”