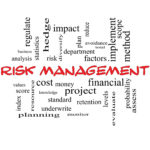 With relatively efficient and professional policing and a robust private security sector, terrorism and organised crime have historically been kept to manageable levels. Across the past few years, though, there have been upticks in terrorism and violent crime trends as perpetrators have found low-cost solutions to escape detection and evade arrest. Philip Strand and Christine Annerfalk search for a solution.

Government agencies and, in many cases, commercial security providers usually have far more technology, manpower and purchasing power at their disposal than do today’s smaller and seemingly weaker threats, and yet it appears that the whole of the UK’s security industry remains constantly challenged to ‘keep up’ with ‘evolving’ threats.

Two types of threat that have recently (d)evolved to become more problematic than ever include terrorists who have had a great deal of success using vehicles as weapons and street robbers who’ve enjoyed similar levels of success by using motorbikes as get-away vehicles throughout London and other major cities. Each of these threats make for interesting Case Studies for risk professionals who should be constantly on the lookout for ‘metrics that matter’ as they conduct their risk, threat and vulnerability assessments.

While technology, manpower and big budgets have contributed a great deal towards security throughout the UK, recent trends have shown that a great deal of damage can still be done by ‘underdog’ threats operating alone and on shoestring budgets. It’s imperative that risk professionals don’t underestimate the value of key capabilities, like speed and surprise, both of which have been well-leveraged with unprecedented effect in recent times.

A wide variety of metrics can be used to assess the capabilities of threat actors. Technological capabilities are often measured in terms of available weaponry, communications equipment and transport. Total numbers of threat actors are almost always of interest to risk analysts, while the ability of a threat actor or group to secure funding for purchasing additional supplies and training is normally factored into risk assessments.

That said, are these metrics always the most important in comparison to target organisations’ people and assets? While criminals, terrorists and other threat actors are usually fewer in number, lower on funding and sometimes less well educated than members of the UK’s public and private security services, it’s not uncommon for threats to slip by even sophisticated security systems. It’s arguably true that the less technology attackers use, the less effective and capable they are, but their lack of sophistication can make them extremely difficult to both detect and disrupt.

It quickly becomes the case that many successful small-scale attacks can have a greater effect on a Government, a given organisation or a population than a few large-scale attacks that never actually make it past the planning stage.

One type of threat actor that has ‘devolved’ to circumvent the strengths and advantages of the UK’s Security Services is the Islamist-inspired terrorist. In the wake of several high-profile terrorist attacks in Belgium and France involving guns and explosives, law enforcement agencies throughout Europe took swift action to stem the spread of high(er)-tech weaponry.

Not to be deterred from their goals, terrorist leaders re-assessed their followers’ capabilities and the defences of their primary targets: citizens in the streets. Calls went out from Al-Qaeda and ISIS “explicitly… to employ cars as weapons” to “mow down [their] enemies”.

Terrorist groups’ correct assessments of their own capabilities compared to those of their targets resulted in a spate of successful attacks within technologically-advanced societies. Vehicle attacks in London, Antwerp and Stockholm last year left no doubt that a new trend had emerged in the tactics and modus operandi of Islamist-inspired terrorism.

Unfortunately, the spread of knowledge didn’t stop with that particular threat group, but extended into the ranks of far-right terrorists, as evidenced by the 2017 Finsbury Park attack which resulted in one person’s life being lost and eleven others wounded as they emerged from a place of worship.

There may once have been a day when the stereotypical image of a Jihadi terrorist was a man in a difficult-to-manufacture explosive vest carrying an expensive-to-procure assault rifle. Islamist propaganda and magazines succeeded in making terrorism accessible to everyone and not necessarily less effective for any lack of complex weapons, equipment and training. Law enforcement agencies’ superior training, weaponry, communications and processes were enough to limit the attacks, but not enough to prevent them from occurring in the first place.

A second type of threat actor that has used simple tactics and tools to outmanoeuvre technologically-superior security personnel are the motorbike thieves of London.

Throughout the capital, criminals have figured out that scooters, mopeds and motorbikes offer low-cost solutions to mobility challenges. Historically, the UK’s police have had the advantage of superior numbers and command, control and communications (ie C3) capabilities. In the face of budget cuts, the police adopted a strategy of intelligence-led policing, which enabled them to reach crime scenes before the robbers could move on to their next victims, effectively limiting the amount of harm a single robber could cause.

Not to be outdone by superior intelligence and information capabilities, robbers have now realised that speed and manoeuvrability are key when it comes to overmatching the police’s dwindling numbers. From motorbikes, a pair of robbers can snatch mobile phones and handbags throughout a square kilometre area at a pace of 12 to 15 items within a 30 to 45 minute-long spree.

According to police, a scooter can be stolen in 30 to 40 seconds by an experienced thief and that scooter can then become an enabler for a spate of follow-on crimes. To make matters worse, scooter gangs can take advantage of UK laws stating that the police must discontinue pursuit if that pursuit poses risks to life.

In practice, motorbike-mounted thieves know that the passenger can simply remove their helmet and the police will discontinue their pursuit. The police’s co-ordination, equipment and ability to rapidly respond becomes useless when they’re slowed down by traffic.

Low-tech tools in use

While it’s clear that both terrorists and street criminals have now embraced the use of easy-to-obtain vehicles to carry out their attacks, they’ve also shown that they realise it’s not just the vehicles themselves that offer them advantages. Many of these two types of threat actors have also employed knives, hammers and other widely-available and unsophisticated tools to threaten or harm their victims. The trend towards low-tech tools suggests a conscious realisation that ‘gearing up for war’ is counterproductive in an environment where the security forces have so many advantages and the same goals can be achieved with much less.

It’s now time for the UK’s security community – and the citizens who support it – to make the next move. Fortunately for tax payers and businesses alike, levelling the playing field doesn’t require pouring more money into old risk management strategies. Motorbike gang members may be difficult to catch in the streets, but we can support the police in their efforts to provide crime prevention advice to citizens on social media and hold Open Days with city councils specifically aimed at combating motorbike-assisted crime.

In the same way that it requires other built-in safety features on vehicles, the UK Government can also demand that motorbike manufacturers take steps to make machines more difficult to steal. It may also be necessary to fund the deployment of greater numbers of unmarked vehicles with highly-trained drivers who will have greater leeway to pursue moped-riding robbers if they should spot them in the street.

Preventing vehicle-enabled terrorism is a more complicated, but not impossible task. Terrorist leaders who promote low-tech attacks still rely on high-tech forms of communication and networking. Terrorists may benefit from hiding in plain sight, but the Government can leverage its greater expertise, funding and access to Big Data in order to identify threats before they become operational.