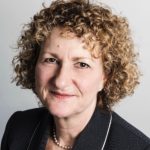 Elizabeth Sheldon, chairman of digital forensics specialist Evidence Talks, has been appointed as vice-president for security by the ADS Group, the trade organisation for companies in the UK security, aerospace, defence and space sectors. Sheldon is expected to serve a three-year term in the role.

Sheldon brings a wealth of experience and industry-acknowledged successes in presenting the case for cyber security, coupled with a growing reputation as a business leader and authority on security market trends.

Instrumental in Evidence Talks’ continued growth and success, which saw the company achieve its biggest-ever order from a US Government agency in 2016, Sheldon is frequently called upon to speak on a range of topics from matters of national security through to child exploitation and gender equality in the workplace.

Reporting to new ADS president Colin Smith (chairman of the Aerospace Growth Partnership and former director of engineering and technology at Rolls-Royce) as chair of the ADS Board, Sheldon will now play a key role in helping to shape the organisation’s policies and future initiatives.

Speaking about her new role, Sheldon stated: “In taking on this role at a time when the organisation is gearing up to address the considerable challenges that lie ahead, I’m looking forward to helping to direct the activities of such a forward-thinking team.”

ADS Group CEO Paul Everitt added: “Elizabeth is a respected leader with extensive experience and a proven track record in the security industry. She will be an asset to our new ADS Board and her contribution will be highly valued in making sure that we meet the industrial challenges our respective sectors face in the years ahead.”

The ADS Board includes four vice-presidents for each of the organisation’s sectors and ADS member company representatives. Sheldon is joined on the Board by the president and vice-presidents Kevin Craven (defence), Richard Peckham (space) and Katherine Bennett (aerospace).

Health and Safety: Risk Management on the Road