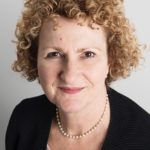 Elizabeth Sheldon, CEO of digital forensics specialist Evidence Talks, has reiterated the value of greater public-private engagement in the UK across a wide range of issues from child exploitation to matters of national security. Speaking to an international audience at the recent Defence and Security Equipment International event at London’s ExCeL, Sheldon outlined the role of the UK as a global thought leader, which makes it a particularly influential player in the security sector.

Sheldon pointed out to delegates: “We’re home to 18 of the world’s Top 100 universities and four of the Top Ten. More than a quarter of current world leaders have studied in the UK and some 80% of UK institutions have international partnerships through which no less than 1.8 million overseas students receive their education each year. With security exports from these shores accounting for £4.3 billion of trade in 2016, the UK must be committed to developing the right pool of talent. Government must work with industry as well as both schools and colleges to demonstrate what kind of jobs are available in the security business sector.”

Making the case for more formal institutions such as the Joint Money Laundering Intelligence Task Force to be established, Sheldon also made a point of drawing attention to the important role of SMEs in such a process, highlighting the agility and innovation which such businesses have to offer.

Sheldon also commented: “Public-private engagement in the security sector has worked well for issues such as money laundering where the banks, Government and the police service work collaboratively to share information, knowledge and solutions. This template should be extended to other areas of security sector operations.”