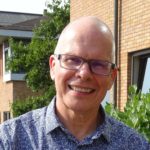 Professor Chris Kemp – a former social worker, rock promoter, venue manager and university pro vice-chancellor – is the founder, CEO and owner of the Mind Over Matter consultancy. He’s known throughout the world for his work on the safety of crowded spaces and his ceaseless endeavours to make events safer. Professor Kemp’s articles are widely publicised in major music publications, security journals and the national press across Europe and he’s at the forefront of work in the development of a safer concert environment.

On many occasions, Professor Kemp has been asked to speak across the globe on aspects of crowd safety. These aspects range from crowd behaviour through to dynamics. He addressed the House of Commons Select Committee for Olympic Security on the merits of training for the London 2012 Olympic and Paralympic Games. Indeed, he was employed by the Health and Safety Executive as its crowd expert for the London 2012 Olympic and Paralympic Games. He’s well published and has written books on crowd management.

Much of the Mind Over Matter consultancy’s work centres around crowded spaces including festivals, arenas, railway stations, parks and other locations. Kemp’s 20-plus, highly-qualified associates provide expert support in the areas of security, crowd management, counter-terrorism, leadership and event education. During the past two years, the consultancy has worked worldwide in supporting events to enhance crowded space safety, securing major public spaces and supporting the police and other security organisations by providing counter-terrorism measures advice related to special events.

Professor Kemp boasts a first degree in Human Movement, a Master’s in Administration and a PhD in Cognitive Psychology. He’s also a professor of Public Policy at Edinburgh Napier University and a Professor in Event Safety at Sydney University.

Risk Xtra: What can we expect from the second edition of E3S?

Professor Chris Kemp: The first edition of E3S was very well received and focused very much on the growing terror threat and securing events to ensure the safety of all stakeholders. This second edition will focus more on the interdisciplinary approach to security and safety.

Having the likes of Lord Kerslake providing a Keynote and then a representative from the Sports Grounds Safety Authority giving insight into what the new Green Guide will bring (it’s launched on the day of the conference) adds varied and sharp perspectives to E3S. The intelligence and opinion gained from the panel sessions will provide burning questions for the speakers and vice-versa.

Risk Xtra: With E3S focused specifically on safety and security at live events, is there enough content to fill a whole day?

Professor Chris Kemp: Actually, there’s enough in this one event to fill two weeks and still have time for more discussion. Delegates travel to E3S from across the globe to learn new ideas and share good practice.

Live events cover a multitude of venue types and providers. It covers small to ‘super scale’ outdoor greenfield events, sports events in halls, on pitches and in stadiums, arts festivals and theatre and indoor entertainment venues housing audiences of a few dozen to tens of thousands. Across this range of spaces and events, there are many areas to discuss such as the management and flow of crowds, the security of the space around and in the footprint of arenas and outdoor events, the safety of the stakeholders and, of course, new movements in relation to counter-terrorism and preventing attacks in venues and at events.

Risk Xtra: Typically, who are the delegates attending E3S?

Risk Xtra: What are the key areas of concern for live events right now when it comes to security?

Professor Chris Kemp: There are a number of areas of concern for live events at this moment in time, many of them focusing on the increase in – and proliferation of – new events, some of which are run by untrained and unqualified ‘professionals’. The security delivery at events has to be integrated with the Health and Safety aspects as this is essential to the development of good practice and tried, tested and monitored delivery.

Health and Safety is more circumspect and respected as it has legal precedents upon which it’s based. However, crowd management and security – aside from the Security Industry Authority qualification – is based purely on guidance and not a legal precedent. Despite this, in a Court of Law the guiding principles of the command log, the risk assessment and the event plan are all key tenets of an innocent or guilty verdict.

We never seem to talk about these issues in the open and E3S is the place to do it. It’s an environment full of professionals willing to discuss challenges in an atmosphere conducive to such dialogue. 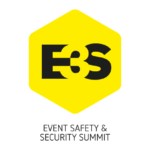 Risk Xtra: Who are you most looking forward to hearing speak at this year’s event?

Professor Chris Kemp: I think hearing Lord Kerslake speak about his report will be fantastic, as will be the insight on the Green Guide. All of the speaker panels are great. I look forward to hearing Ian Kerr work his speakers into a frenzy as they discuss the thorny issues about the future.

The balance of speakers is very interesting this year. There really is something for everyone which is key to the success of events like E3S.