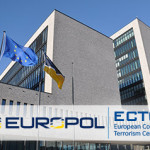 Europe is currently facing the most significant terrorist threat the region has experienced in over a decade. The incidents in Paris on 13 November 2015 indicate a shift towards a clear international dimension of Islamic State to carry out special forces-style attacks in the international environment. Coupled with the ever-growing number of foreign fighters, this is posing new challenges for European Union (EU) Member States.

More attacks in the EU may happen in the future. Therefore, there’s an urgent and great need to strengthen the EU’s response to the terrorist threat, suspected terrorist networks and foreign fighters alike, and for Member States to harbour an improved strategic understanding of the threat landsape.

“Institutions responded swiftly and strongly to the terrorist attacks of last year, and moved to augment the EU’s capacity to deal with the terrorist threat,” outlined Dimitris Avramopoulos, European Commissioner for Migration, Home Affairs and Citizenship.

“The European Counter-Terrorism Centre is going to improve the exchange of information between law enforcement agencies,” explained Ard van der Steur, Minister of Security and Justice for the Netherlands and current president of the Council of the EU. “This is exactly the kind of co-operation Europe desperately needs in the ongoing fight against organised crime and terrorism.”

The new European Counter-Terrorism Centre has been set up within the current organisational structure of Europol that’s already playing an important role in Europe’s overall response to terrorist threats.

For example, after the Paris attacks, Europol assigned up to 60 officers to support the French and Belgian investigations in Task Force Fraternité. Up until now, no less than 2.7 Tb of information has already been received from these two countries, resulting in 800 intelligence leads and more than 1,600 leads being generated on suspicious financial transactions. 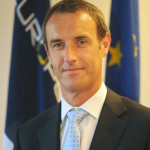 “Our ambition is for the European Counter-Terrorism Centre to become a central information hub in the fight against terrorism in the EU,” said Europol’s director Rob Wainwright, “providing analysis for ongoing investigations and contributing towards a co-ordinated reaction in the event of major terrorist attacks.”

Wainwright also stated: “Europol is grateful for the support of the EU’s Member States, the European Parliament and the European Commission in the establishment of the Centre. It will lie at the very heart of a stronger EU standing up to confront the threat of terrorism.”

By serving as a centre of expertise, the European Counter-Terrorism Centre will focus on tackling foreign fighters, sharing intelligence and expertise on terrorism financing1, online terrorist propaganda and extremism2, illegal arms trafficking and international co-operation designed to enhance prevention.

Europol will provide the Member States – and its key partners such as Interpol and Eurojust – with new possibilities to ensure the most effective management of counter-terrorism intelligence. There’s to be an upgraded information exchange for sensitive counter-terrorism intelligence (CT SIENA3 and EIS4) and the possibility to second experts to the European Counter-Terrorism Centre so that they might support enhanced cross-border investigations. This will assist in encouraging a quick and comprehensive response to major terrorist incidents in the EU.

The European Counter-Terrorism Centre will be led by Manuel Navarrete Paniagua, a high-ranking officer of the Spanish Guardia Civil boasting extensive practical counter-terrorism experience. Paniagua is the present head of the Counter-Terrorism Unit at Europol.

Since 1 January 2016, Europol’s financial intelligence and counter-terrorism capabilities have been substantially strengthened by the integration of a decentralised computer network of the EU Member States’ Financial Intelligence Units (FIUs), known as FIU.net

Under the auspices of the EU’s FIU platform and the renewed provisions set out in the fourth Anti-Money Laundering Directive, embedding FIU.net into Europol aims to create more synergy between financial and criminal intelligence, ultimately boosting efforts around fighting organised crime and terrorism in the EU

FIU.net became operational in 2002, and was co-financed until 2015 by the European Commission. It supports relevant EU Member States’ authorities in their fight against money laundering and terrorist financing by allowing the exchange of information between FIUs on financial transactions depicting a cross-border nature

It’s a decentralised network involving no central storage of information: when sending information from one FIU to another, the exchanged data is only – and securely – stored on the FIU.net databases at the premises of the FIUs involved in the exchange

2The European Union Internet Referral Unit’s main tasks are to co-ordinate and share the identification tasks (‘flagging’) of terrorist and violent extremist online content with relevant partners, carry out and support referrals quickly, efficiently and effectively in close co-operation with the industry and back competent authorities by providing strategic and relevant operational analysis

These tasks are carried out by receiving requests from the EU’s Member States or through the research for content online, and are performed in accordance with the data processing rules established in the Europol Council Decision