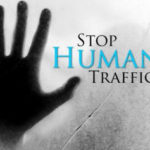 As a result of co-ordinated and joint operational activities, authorities from Slovakia and the UK – supported by both Europol and Eurojust – have actively dismantled an organised criminal group involved in trafficking Slovak victims for the purposes of sham marriages and sexual exploitation.

In the week beginning 6 February, house searches were performed in Glasgow by Police Scotland. Europol specialists were deployed on the spot to support the national authorities. As a result, five suspects were arrested and detained in police custody. Sixteen women – all of them potential victims of trafficking – were also identified and offered care and assistance by a specialised NGO.

A significant amount of evidence – including numerous travel documents, items of computer equipment, mobile phones and cash – was seized during the operation, and will now be used for further investigation.

This joint action was preceded by extensive and complex investigations supported by Europol and Eurojust.

In the week beginning 13 February, the second phase of this co-ordinated operation took place in Trebisov, Slovakia, whereby four search warrants and four arrests were executed.

The modus operandi of this organised criminal group was to recruit vulnerable women from challenging socio-economic backgrounds by deception, promising them attractive and well-paid jobs abroad, but then forcing them into sham marriages and prostitution.

Europol actively supported this anti-human trafficking operation and provided operational and analytical support to Slovakia and the UK throughout the investigation. Europol specialists delivered real-time cross-checks of the data gathered using a mobile office and data extraction device.

Europol and Eurojust facilitated police and judicial co-operation under a joint investigation team, bringing together efforts from both Member States. Several operational and co-ordination meetings were held at Europol and Eurojust’s headquarters in The Hague.

Europol and NCFTA partner in fight against cyber criminals

Europol and the National Cyber Forensics and Training Alliance (NCFTA) have signed a Memorandum of Understanding (MoU) to co-operate and share Best Practice techniques and methods in fighting cyber crime. The scope of the MoU also includes the exchange of statistical data and/or trends relating to cyber crime.

The agreement was signed by Steven Wilson, head of the European Cyber Crime Centre (EC3) at Europol and Matt LaVigna, president and CEO of the NCFTA.

The MoU will allow for enhanced co-operation with regards to the Cyber Financial Program, which is dedicated to the identification, mitigation and neutralisation of cyber threats posed to the financial services industry such as malware, phishing and social engineering for financial gain.

As part of the common effort to fight cyber crime, the two organisations also envisage collaborating on the Malware and Cyber Threats Program, whose purpose is to research, identify and provide timely alerts through data feeds and proactive intelligence on cyber threats under analysis.

In addition, the new agreement will strengthen co-operation with US federal law enforcement agencies as the NCFTA works closely with them.

For its part, the NCFTA is devoted to identifying, mitigating and neutralising cyber crime threats on a global scale. One of its main roles consists of conducting real-time information sharing and analysis with subject matter experts in the public, private and academic sectors. In this way, the organisation proactively identifies cyber threats in order to assist partners in taking preventative measures designed to mitigate those threats.