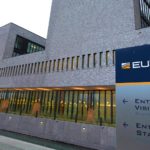 Europol has published a report by its Financial Intelligence Group entitled ‘From Suspicion to Action – Converting Financial Intelligence into Greater Operational Impact’. The document affords an insight into the anti-money laundering framework and the extent of suspicious transaction reporting in the EU, highlighting trends and developments and listing recommendations on how the anti-money laundering framework can be improved.

In 2014, EU Financial Intelligence Units (FIUs) received almost one million reports. Over 65% of these reports are attributable to just two Member States: the UK and the Netherlands. Although the overall number of Suspicious Transaction Reports (STRs) continues to increase, only around 10% of these reports are further investigated (a figure that has remained largely unchanged since 2006).

Even when further investigations are conducted, the likelihood of successful asset recovery is low, with barely 1% of criminal proceeds confiscated by relevant authorities at the EU level.

These stark findings make it impossible not to question why the success rate of the system is so poor and address what can be done about it. Europol is uniquely positioned to see how financial intelligence assists cross-border investigators across Europe to dismantle organised criminal groups. The organisation also has a clear picture of the shortcomings of the current framework.

Europol’s executive director Rob Wainwright said: “Clearly, there’s no lack of activity, and a great deal of time and resources are put into sending, receiving and handling millions of reports each year. However, the fact that very few are either the result of a police-directed effort or the subject of any significant feedback indicates that resources may be misdirected. In law enforcement and intelligence communities, an ‘intelligence-led’ approach of using enhanced knowledge of the threat to direct operational resources into the highest priority areas is at the heart of all counter-terrorist and other major security programmes. That these conceptual principles haven’t yet fully translated into the anti-money laundering regime partly reflects poor outcomes.”

Wainwright continued: “The anti-money laundering regime still operates at a domestic level, and has not yet fully adjusted to the reality of a problem that’s defined by its international nature. While structures exist to facilitate cross-border co-operation between national units, significant barriers in international co-operation and information exchange remain, in turn revealing the urgent need for supranational overview in increasingly global markets.”

In addition, the growing demand for online services and related Internet payment systems poses considerable challenges to the EU policies concerning money laundering and terrorist financing. The development of borderless virtual environments calls for reflection on how to adapt policies which are meant to be supervised only at the national level, while the underlying business is already transnational and globalised in nature

Furthermore, the ‘symmetrical’ exchange of information between FIUs may prevent crucial information contained in STRs from reaching those authorities tasked with criminal investigations. Europol could assist in overcoming this barrier by dint of acting as a pan-European hub for STRs, subsequently enabling integration with other sources of information stemming from multiple agencies across Europe and beyond.

Disrupting money laundering schemes will significantly reduce the ability of organised crime groups to grow their businesses and expand into new markets. It will also help in bringing serious criminals to justice and protect the systemic integrity of the financial sector as well as the global economy as a whole.

Leveraging their respective capabilities to co-ordinate influence and action within the law enforcement and banking sectors, Europol and the Institute of International Finance have now joined forces to identify means by which to improve levels of co-operation. Supported by the Financial Action Task Force and national regulators, they will also identify opportunities for improvements in the regulatory regime.