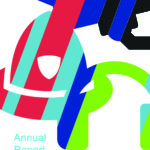 The Euralarm Annual Report 2016-2017 reflects on the benefits that were derived from building up a new organisation in the prior 12 months. A new and motivated team in Brussels afforded more time for intensifying contacts with Euralarm members and further improving the organisation’s representation through its new members.

One of the main focal points in this Annual Report is a major initiative shaping the standardisation system for the future and bringing together over 100 stakeholders: the Joint Initiative on Standardisation (JIS). Euralarm has been one of the early co-signatories to this initiative, which sets out a shared vision designed to speed up, modernise and better prioritise standards setting by 2019.

Euralarm’s participation in the JIS provides the organisation with an opportunity to resolve some major issues impacting the industry. These include issues with the Construction Products Regulation, the implementation of the RED Directive and, indeed, the standardisation process in general.

Another highlight of the past year is that Euralarm has worked on the development, delivery and promotion of the new services standard EN 16763. A White Paper on outsourcing the maintenance of fire safety and security systems, intended for building owners and managers, was published as part of those activities. EN 16763 shines a determined spotlight on the requirement for staff to be suitably skilled, trained and knowledgeable.

The period covered by the Annual Report shows that Euralarm “remains the leading European Trade Association” in electronic fire safety and security. The organisation has attracted two new members with a strong focus on innovation.

Also contributing to what has been described as an “impactful year” was the close co-operation fostered with the European Society for Automatic Alarm Systems in organising a conference on cutting-edge research into fire safety.