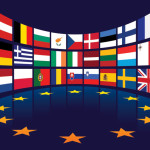 prEN 16763 is under the microscope at Euralarm

Back in 2011, Euralarm initiated the development of the first European Standard concerning the quality levels of services for electronic fire safety and security systems. This EN Standard, commonly known as prEN 16763, is now in the enquiry phase after long and intensive discussions in the CEN/CENELEC Project Group TC4.

Experts are suggesting the EN Standard has a good chance of being adopted. In essence, it lays out the quality requirements for service providers, defining basic levels of competence expected of those employees entrusted with the planning, design, assembly, commissioning, system verification, handover or maintenance of fire safety or security systems.

Enzo Peduzzi, the president of Euralarm, stated: “The draft EN Standard is causing quite a few headaches for end users, the industry and the certification bodies. Contrary to what’s accepted as current practice in many countries today, the document does not define in detail every single criteria which a service provider has to fulfil in order to comply with the EN Standard.”

Such that it may be adopted in all European and CEN/CENELEC countries and cover all the disciplines within fire safety and security, the EN Standard has to be designed as a ‘Management System Standard’. Instead of the traditional national service standards to which the industry is accustomed, this EN Standard will be designed more like an ISO 9000-type standard with test criteria defined in a ‘Certification Scheme’ for each individual category of systems across fire safety and security.

“Euralarm is aware that the EN Standard alone will not provide enough details and information to guarantee a comparable level of quality of service provision from one service provider to another,” added Peduzzi, “and in particular if the service providers are based in different countries.”

On that basis, Euralarm launched a discussion with 24 accredited and renowned certification bodies from several European countries. The discussion group has examined how prEN 16763 could be implemented and how a convergence of the national certification schemes towards the establishment of a pan-European scheme might eventually be achieved.

Formation of a Stakeholder Group

Most of the certification bodies responded positively and have agreed to explore the possibilities of forming a Stakeholder Group. Such a body should overcome the varying and complex national certification structures which are linked to national legislation, national culture/history and local scheme owners.

According to Euralarm, the group will “find a compromise” which takes current local structures into consideration. This would then create an open market for service providers to operate in all EU countries for which they only need to perform the additional certification efforts around country-specific requirements.

Enzo Peduzzi continued: “At Euralarm, we believe that with the introduction of this new EN Standard we have the unique opportunity to define the pan-European criteria for the certification of service providers. This would be a major breakthrough for the European fire and security industry.”

Euralarm is now looking forward to further co-operation with the certification bodies. The Stakeholder Group is open to all qualified and accredited certification bodies and certification scheme holders as well as insurance companies, first responders, consumer organisations and other stakeholders with a genuine interest in enhancing the service levels offered by the providers of electronic fire safety and security systems across Europe.