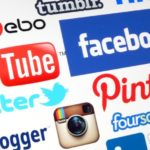 On Thursday 11 January, Europol’s Internet Referral Unit (EU IRU) organised the eighth joint Referral Action Day with colleagues from the national referral units of the UK, Belgium and France to identify and secure the swift removal of terrorist and violent extremism content uploaded on Facebook and Instagram. The intensive referral campaign was hosted at Europol’s headquarters in The Hague and targeted content by terrorist groups and terrorist sympathisers aimed at radicalising, recruiting and propagating terrorist activities.

During the course of the day, the specialist law enforcement units performed a qualitative assessment of several hundred pieces of suspected terrorist propaganda, detecting emerging patterns in terrorist abuse of the online platforms as well as shifting trends in the dissemination of terrorist propaganda, namely the rise of user-generated content as opposed to ‘official’ propaganda by terrorist organisations.

Europol’s EU IRU and national IRUs in the European Union (EU) co-operate with Facebook in the framework of the EU Internet Forum, which is run by the EU Commission. The overriding objective here is one of restricting the availability of online content that promotes terrorism or incites violence.

Facebook attended this joint action in The Hague, standing by its stated commitment “to remove terrorists and posts that support terrorism” whenever the organisation becomes aware of them and “to make their platforms a hostile place for terrorists”.

This co-ordinated action against online terrorist propaganda focused mainly on the online production of terrorist materials by IS and Al-Qaeda-affiliated media outlets. Among the items referred were propaganda videos and publications glorifying or otherwise supporting terrorism and extremism.

The final removal of the referred material is a voluntary activity by the social media platforms involved, taking into consideration their own Terms and Conditions.