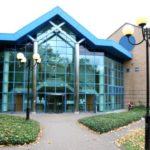 On Friday 8 March at Basildon Crown Court, John Raymond Daley of Kilnwood Avenue Hockley in Essex was ordered to pay a confiscation of £25,000 under the Proceeds of Crime Act and also prosecution costs of £11,000.

The court order follows on from Daley’s conviction of six counts of providing unlicensed security officers to a school in Acton, West London and failure to provide information to the Security Industry Authority (SIA), a prosecution brought by the SIA in November 2017. A 12-month conditional discharge for each offence was recorded.

This case began in April 2016 when SIA investigators inspected a school in West London. They found three security officers working without a licence who were contracted to work by Guard International Professional Services Ltd. They also discovered that Daley had held a contract with this school to supply security since 2008 and these three individuals had worked unlicensed for a prolonged period.

When invited to a formal interview with SIA investigators, Daley denied his involvement and said that his friend, who died in April 2016, ran the company. He claimed he had nothing to do with the contract to supply security personnel at the school, but was the operations manager for Guard UK International Ltd and responsible for ensuring that the security officers behaved correctly.

However, the security officers who were checked confirmed that Daley was the business owner and their manager. In addition, the invoices sent to the school were supplied from Guard International Professional Services Ltd and referenced Daley.

During the investigation, SIA investigators formally requested more information. Daley ignored this request, which is an offence under the Private Security Industry Act 2001. The SIA sent a second formal request which Daley returned incomplete. This is also an offence. A subsequent financial investigation confirmed that Daley had received payment for the officers’ services. Those officers were unlicensed.

Pete Easterbrook, the SIA’s criminal investigations manager, informed Risk Xtra: “John Daley’s conviction concludes a challenging criminal and financial investigation. His guilty pleas demonstrate that he was, at the very least, involved in the supply of unlicensed security officers to a school and showed no concern that this may have presented a heightened risk to public safety. Our use of the Proceeds of Crime Act to recover assets serves as a reminder that regulatory breaches in the private security industry are criminal acts, and we will always seek to recover the benefits of such activity.”