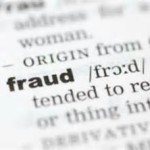 Employers need to step up the fight against internal fraud and strengthen their businesses. That’s the core message from Cifas, the UK’s fraud prevention service, as the organisation publishes its annual Employee Fraudscape report. The report finds that recorded internal frauds rose by 18% in 2014. In total, Cifas Internal Fraud Member Organisations recorded 751 confirmed cases of employee (or insider) frauds last year compared to 638 in 2013.

Simon Dukes, CEO at Cifas, said: “Fraud is not just about remote attacks. Some of the most dangerous threats can come from within. Internal fraud costs huge amounts in terms of money, reputation and employee morale. Customers are also affected when their personal data is stolen by an insider. Cifas members are taking action to report and fight fraud, supporting the honest majority, but it’s concerning that many other UK organisations are not, in turn enabling fraudsters to move around from job-to-job, free to commit fraud again.”

Dukes asserted: “We urge all organisations to do more. Sharing confirmed fraud data remains one of the simplest and most cost-effective ways of preventing the actions of a small minority from causing huge damage.”

The Cifas report includes analysis of Cifas data for 2014 along with a range of expert contributions covering degree fraud, the psychology of internal fraudsters and the importance of treating all staff equally when it comes to fraud, from the top right down to the most junior employee.

In essence, it aims to help organisations think through the different aspects to internal fraud and encourage them to take action designed to combat the risks facing their own organisation.

Contributor Rachael Tiffen, head of the CIPFA Counter Fraud Centre, explained: “We welcome the release of this report which shines a spotlight of attention on internal fraud. Often overlooked, internal fraud can take many organisations, private and public sector alike by surprise and cause significant damage. Developing an anti-fraud culture in the workplace, led from the top, and sharing data can dramatically reduce the threat from internal fraudsters. We hope that the report encourages many more organisations to participate and to adopt a zero tolerance policy towards all types of fraud.”

Analysis of the frauds recorded in 2014

*Fraud on customer accounts decreased in 2014, but increased in contact centres. Tighter monitoring and security measures are acting as effective fraud deterrents, with the number of cases where staff used customer accounts fraudulently dropping from 53 cases in 2013 to 33 in 2014. The proportion of these frauds taking place in a customer contact centre, however, increased by 27%, duly underlining how controls and checks need to be put in place across all areas of an organisation

*Employment application fraud remains the most prevalent fraud type. There were 473 cases accounting for over 60% of all frauds recorded in 2014. The majority of these cases (396 frauds) were identified before the applicant had started employment, showing how organisations have invested in strong controls and verification checks.

*Employers need to do more to balance flexible resourcing with risk. Around 16% of employment application frauds were only discovered after the applicant had started in their role. On average, such frauds were discovered two months after the individual had begun employment, indicating that many positions are still being filled before full checks and vetting procedures have been complete