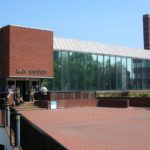 An unlicensed door supervisor and the boss who deployed him with a fraudulent licence have been convicted of offences under the Private Security Industry Act 2001 and the Fraud Act 2006. On Tuesday 26 March, Michael Flood of Pulford Road in Winsford pleaded guilty at Crewe Magistrates’ Court to fraudulently amending his Security Industry Authority (SIA) licence. Vance Garner of Stone Manor Lane, Hartford North also pleaded guilty to supplying two unlicensed door supervisors (including Flood) to The Vaults pub in Middlewich, Cheshire.

On 26 January last year, Flood was found to be wearing a false SIA licence while working as a door supervisor at The Vaults. Following his guilty plea on Tuesday 26 March, he was sentenced to a 12-month community order consisting of 120 hours of unpaid work. Flood was also charged £150 court costs plus a victim surcharge of £80.

The prosecution is the culmination of a successful investigation by the SIA, which began with a routine licence inspection by SIA investigators alongside Cheshire Police in January 2018. During the inspection, Flood admitted that the expiry date on his SIA licence had been altered from the actual expiry date of January 2016. This discovery prompted SIA investigators to analyse The Vaults’ signing-in book which revealed that Flood was one of several unlicensed individuals working at the venue.

In April last year, the SIA’s criminal investigations team identified that Vance Garner had arranged for the unlicensed security staff to work at The Vaults.

The SIA was able to uncover Flood’s fraud by using its powers under the Private Security Industry Act 2001 to make formal requests to those people whom the SIA suspected of having worked unlicensed. The four unlicensed door supervisors all admitted that they had worked unlicensed under the direction of Vance Garner.

Nathan Salmon, the SIA’s criminal investigations manager, said: “This prosecution has proven that Vance Garner had a careless attitude to his employer – The Vaults – and the patrons that frequented the venue. By supplying unlicensed operatives he put the venue and its patrons at risk. In addition, Michael Flood had clearly worked unlicensed for some time and committed fraud when he continued to work illegally.”

Garner relied on the door supervisors, all of whom he knew, to tell him that they were suitably licensed. He also admitted to carrying out the role of a door supervisor on several occasions, despite his own licence having expired.

He was asked whether he would have allowed the individuals to work had he known their licences had expired. His response to the SIA was that he would rather supply unlicensed door supervisors than let The Vaults down.

Michael Flood was interviewed by the SIA in June 2018 and claimed that, while he had carried out the required training, he had not been able to afford to renew his licence.