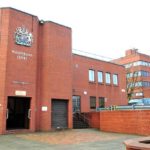 A Bedfordshire door supervisor has been sent to prison after being found working with a forged Security Industry Authority (SIA) licence. Norris Dennis, 60, was sentenced at Luton Magistrates’ Court on Wednesday 24 April to 20 weeks’ immediate imprisonment. He had pleaded guilty to two counts of fraud and one of working without a valid SIA licence.

Nathan Salmon of the SIA’s Criminal Investigations Team said: “The SIA regulates the private security industry, and licenses individuals, in order to protect the public. Trying to circumvent the licensing regime by creating a fake licence is a particularly serious offence. The Judge in this case shared this view, which is why Dennis was immediately sent to prison. The SIA’s regional teams conduct regular random licence checks right across the UK.  We will prosecute in cases of this nature. Courts are able to use the full penalties available under the law.”

Dennis was caught by SIA investigators in September last year during a joint operation with Bedfordshire Police in Dunstable. He was found wearing a photocopy of a genuine SIA licence, which had been altered to include his name and photograph.

The SIA investigators had just checked one of Dennis’ co-workers, who was correctly licensed. Dennis himself appeared to be wearing an SIA licence on an armband. The investigators checked the licence number against the SIA’s register of licence holders and discovered that the number belonged to a different person. Dennis was cautioned and the counterfeit licence was seized.

The SIA’s Criminal Investigations Team spoke to the genuine licence holder, who was able to confirm that he still had the real licence in his possession and that he had not given permission for anyone to copy it in any way.

The SIA invited Dennis for interview in order to continue their investigations. Dennis didn’t reply to the invitation or respond in any way despite repeated attempts to contact him.

Salmon added: “Ignoring requests for information from the SIA is an offence in itself. Our investigators will inevitably pursue non-respondents who could well end up with additional charges being brought against them. It’s always best in the long run to engage with the SIA from the beginning and help with the Regulator’s enquiries.”

Dennis has also been ordered to pay a victim surcharge of £115.