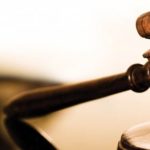 On Tuesday 7 March at Cardiff and Vale Magistrates Court, Christopher David Price was found guilty of working without a licence. He also pleaded to being in possession of a false document (purported to be a Security Industry Authority licence).

In June 2016, a Security Industry Authority (SIA) investigations officer, accompanied by police officers, checked venues including a bar in Cardiff as part of a night-time economy operation. The officers observed Christopher David Price at WOW Bar on Churchill Way in Cardiff, working as a door supervisor with what appeared to be an SIA licence.

The SIA investigator checked Price’s alleged licence. Although the photograph looked like Price, it was in fact a laminated paper photocopy intended to look like an SIA licence. When checked on the SIA’s Register of Licence Holders, it was established that Christopher David Price didn’t hold an SIA licence. Price was subsequently removed from door supervisory duties at the venue.

After further investigation, it became evident that Price had worked as an unlicensed door supervisor at WOW on six earlier occasions while using false SIA licence details.

Appearing at Cardiff and Vale Magistrates Court, Price pleaded guilty to working without a licence on seven occasions, contrary to Section 3 of the Private Security Industry Act 2001. He also pleaded guilty to using a false document which purported to be an SIA licence, which is an offence under the Forgery and Counterfeiting Act 1981.

In sentencing, the presiding Magistrate questioned whether Price would have continued with the unlicensed work had he not been caught using the false document. The Magistrate added that door supervision is an important and responsible role requiring the necessary training, which Price hadn’t undertaken.

Price received a custodial sentence of 12 weeks, suspended for 12 months, and was sentenced to complete 100 hours of unpaid community work. He was also ordered to pay £1,000 in costs and a victim surcharge of £115.

Nathan Salmon, the SIA’s investigations manager, commented: “The SIA robustly regulates the security industry and will seek to prosecute those who choose to ignore the legislation that’s in place. Christopher Price wasn’t licensed to work as a door supervisor, and yet he knowingly used a false SIA licence on a number of occasions. He deceived the company who employed him, and the general public who frequented the premises, by pretending that he was a licensed individual.”

Salmon concluded: “Security regulation exists in order to protect those who use contracted security services, not to mention the general public. This is highlighted by the guilty pleas entered by the defendant in this case and the stiff sentencing that resulted from his fraudulent behaviour.”