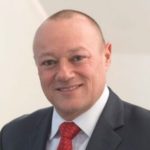 Black Friday is a chaotic time for both consumers and retailers. Customers scramble over one another to bag the best deals and collectively spend more and more money each year. Last year, UK consumers spent over £1.2 billion on Black Friday alone. Over the whole week period the spend is thought to have been more than £6 billion. What will the spend be today for this year’s shopping extravaganza? Here, Mike Hemes urges us all to be wary of data security online and not to let the hunt for a bargain detract us from that goal.

In the US, online Black Friday sales exceeded $3 billion in 2016 for the first time in history. This is an insane amount of money and, as the years have gone by, we’ve seen more and more consumers opt for deals online instead of shopping in stores. Unfortunately, this has also had the adverse effect in terms of a rise in cyber attacks over the last few years, with criminals stealing personal information. Now more than ever, we need to make sure that all of our personal information is protected from attacks.

A recent study found that, despite 92% of UK citizens and 91% of US citizens being aware of the dangers of online, many still fall for phishing scams and fake promotional e-mails. It seems apparent that the public needs to begin taking stronger actions to protect their devices online. It’s about more than making sure not to click on ‘dodgy’ links. People must be sure that their passwords are strong and protected with two-step verification. A good anti-virus is needed and, ideally, software that can detect internet traffic effectively.

It’s not just consumers under threat, either. The threat against retailers is just as likely and can have serious adverse effects on the consumer. In September the US company Equifax was hacked and the details of 44 million Brits and 143 million Americans stolen. Many of the consumers involved were not even aware that Equifax had their details, so there was nothing they could have done. When companies and retailers have access to this kind of sensitive customer information, it’s their duty to make sure that it remains safe at all times.

Cyber crime has cost the UK economy billions of pounds. The Government has begun to crack down and take the threat more seriously than ever before. Retailers in particular are now at significant risk, and especially so those with a large online presence.

Last year, the world was hit with the Mirai botnet, which was used to launch the largest-scale Distributed Denial of Service (DDoS) attack in history. Thanks to this, companies have been taking extra steps throughout 2017 to make sure this doesn’t happen again by using effective DDoS mitigation that will separate all incoming traffic to discern the humans from the bots.

Ensuring an emergency response plan while making good use of anti-DDoS technology is important, as attacks will always come out of nowhere and reacting in an efficient manner is key.

Malware is also a significant threat and, by always inspecting encrypted traffic as it comes in, you should be able to catch that malware before it takes hold. The most dangerous pieces of malware often use encryption to hide themselves from all kinds of security systems, which has left countless companies vulnerable to attack.

Many solutions out there are out of date and simply cannot detect the malware. It’s important to make sure that you always have the most up-to-date and powerful protection on your network for the best defence.

High quality security is required, but it doesn’t need to be perfect. The protection on the network just needs to be difficult enough that hackers will not even bother to attempt to find a different route around. They’ll often choose to hit ‘soft targets’ instead. This will allow IT security specialists to be notified of the attack before any actual damage is done and then deal with it before it becomes a bigger threat. Many large corporations, such as banks, already do this and retailers need to make sure they’re doing the same.

Retailers are again expected to receive a large amount of traffic over the Black Friday period and there are many solutions out there to choose from that can help manage it all. It’s important for retailers to make sure that their data protection is up-to-date. It’s equally important that consumers are aware of the data they’re handing over and to whom they’re handing that data.

In the end, Black Friday is a time for spending and gift buying, but people need to make sure that they’re always aware of what they’re spending. Sometimes, it ends up being more than just money.

Mike Hemes is Regional Director at A10 Networks