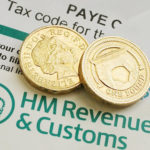 The director of an Aberdeen-based security company, who was convicted of stealing more than £419,000 VAT and removing criminal property from Scotland after he was investigated by Her Majesty’s Revenue and Customs (HMRC), has been sentenced to four years in prison.

Kevin McKay, 46, from Stewart Terrace, was the sole director of IPPS Ltd and provided close personal protection services to the rich and famous, door supervisors for pubs and clubs and security officers for building sites, primarily in the North East of Scotland.

McKay charged his clients VAT, but lied on his HMRC tax returns, claiming his business was making less than 10% of its actual sales. Consequently, he pocketed £419,799.

In 2010, McKay also transferred over £100,000 of his criminal profits from his personal savings account to a bank account in Romania. This account belonged to the mother of a woman with whom McKay was in a relationship.

HMRC officers detained McKay in May 2013 and searched his home, car and business premises. Business and financial records were uplifted from these locations, as well as from his clients and bank.

McKay was sentenced to four years in prison when he appeared at Aberdeen Sheriff Court on Friday 10 March.

A criminal defence solicitor, who lied about his income to HMRC in order to steal more than £60,000 in a tax fraud, has been jailed for 18 months.

Azhar Islam Khan, 45, of Pinner, Greater London, failed to declare the shareholder dividend income from his business and the rental income he received from two properties in Blackburn and Preston on his tax returns.

HMRC’s investigation revealed that Khan withdrew money from his law firm, but lied in his accounts, recording the transactions as ‘professional fees’.

Investigators also discovered that he paid for a new kitchen and bathroom for his home from the company bank account, recorded as business expenses.

Khan, who chose not to give any evidence at his four-week trial, was found guilty of Income Tax evasion and cheating the public revenue on 31 January 2017. He was jailed for 18 months at Harrow Crown Court on 24 February 2017 and suspended from holding company directorships for four years.

HMRC has started the process to recover his criminal proceeds.