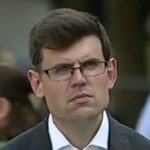 Critical National Infrastructure (CNI) fuels everyday life, writes Richard Revis. CNI assets – like oil pipelines and reservoirs, for example – need to be protected at all costs from those who intend to steal resources or cause damage. However, the security process is particularly challenging for teams in charge of protecting CNI in dangerous and remote areas. This is because much of the existing equipment that’s used to monitor these assets only puts out an alert during or after a breach, when it’s much too late.

Remote assets also raise particular issues due to the fact that many defences can only work with a reliable source of power, communications and road or rail infrastructure.

What teams really need is effective situational awareness, without false alarms, so that they can react promptly and properly to incidents. This is precisely why the use of technology which produces an intuitive, autonomous ‘digital wall’ around critical assets is absolutely key when it comes to empowering proactive security.

The theft of critical resources is always a massive concern for service providers and nation states, with oil for example fuelling terrorist groups and drug cartels. Stealing valuable resources is a lucrative trade, with Mexican drug gangs being able to earn £70,000 in a matter of minutes by looting a refined oil pipeline, and Nigeria continuously losing a third of its refined oil exports to theft from insurgents.

Espionage is of equal concern. Intelligence services may be deployed against enemy factions in order to identify secrets relating to new industrial innovations, or perhaps sensitive IP which could put resources at risk of being taken down. In today’s digital age, information is increasingly being stolen via cyber attacks, but physical security is still a large part of protecting critical assets against espionage and other threats.

Trespassers use a variety of methods to infiltrate infrastructure. This can range from tunnelling to using drones for reconnaissance before a theft or espionage mission. Counteracting the threat against remote assets is also challenging because actors will be constantly moving in order to identify the weakest points that are the furthest from any response teams. For these reasons, conventional security measures such as fencing and camera networks are impractical. As well as this, periodic monitoring by helicopters or land vehicles can become predictable, easy to circumvent and very costly. These overt approaches, then, must be replaced with more intelligent, cost-effective and autonomous systems.

Several effective technologies are already in use, typically based around fibre optic cable solutions, for monitoring long lengths of pipeline against theft methods such as digging and hot-tapping (ie making a connection to a pipeline without interrupting its operation). Fibre optic cable solutions are fit for this purpose because pipelines travelling for more than 40 km can be monitored with a single cable. This solution also has the additional benefit that it can be used for communications. 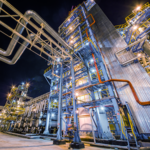 However, cables still require access to a reliable power source. They can also be very costly and take a long time to install. As well as this, while fibre optic cables are reliable for monitoring purposes, they have significant security limitations. Fundamentally, they cannot prevent a security breach. They alert security personnel as to where a breach is occurring, but often alerts will come too late. Responding to the security breach might take a considerable amount of time, even with helicopter or drone intervention. Significant damage to the pipeline is likely to have occurred by the time that the team arrives, while the consequential environmental damage is likely to run into the millions of dollars to rectify.

An effective security solution for remote CNI requires the earliest possible detection of incidents along routes most likely to be used to access the pipelines, providing personnel with time to respond and intercept intruders. In extremely remote areas, non-lethal deterrents such as acoustic alarms can also be deployed. These will physically prevent intruders from accessing remote assets and can also help to keep them away from vital infrastructure until a response team arrives.

The earliest possible intrusion detection alerts and best situational awareness can only be ensured with a higher-tech solution. New capabilities have been developed out of war zones in Afghanistan with remote security in mind. Due to their high-pressure heritage, these solutions were created to be deployed quickly, run for long periods of time on their own power source and, most importantly, work independently of communications infrastructure.

These are now available commercially and are in-service today protecting remote assets and borders in Africa, Asia and the Middle East.

These intrusion detection systems feature autonomous and wireless ground sensor networks that are capable of detecting seismic activity, such as vehicle or human activity. They then automatically alert security personnel via a self-forming, self-healing network. ‘Self-healing’ means that if one node is put out of action, the network has the intelligence to adapt accordingly. As well as this, the sensors are lightweight and quick to deploy with a long service life. They’ve also been specially designed to filter out false alarms.

The network created by these nodes can then be supported by a series of video cameras which are triggered to be awakened by an intrusion. They will then provide a real-time HD video stream from a remote location directly to security operators. The real-time video element works regardless of what communications infrastructure is available.

Ultimately, as it was developed for war zone deployment, the video capability has been designed to stream from anywhere to anywhere regardless of infrastructure. It does this by using encoding and transmission technology for video, audio, alarms and other data that enables footage to be disseminated on whatever communications network is available and at an incredibly low bandwidth.

Facial recognition technology could also be used in order to add an extra layer of security, further improving situational awareness. When the live video stream is triggered by the detection of seismic activity by the ground sensors, this could prompt facial recognition software to also run on the video surveillance cameras. This could identify if a person nearing an asset is simply a routine maintenance worker or a repeat trespasser.

By building a ‘digital wall’ around remote CNI assets, it’s possible to protect these sensitive resources, mitigating against their associated challenges. Proactive monitoring means that teams can respond before rather than when or after an attack is initiated, meaning that successful attacks against remote CNI are reduced significantly.

Recruitment Strategies in the Security Industry