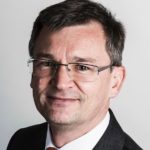 Where Human Resources (HR) and IT Departments engage in a common cause, the outcomes can be immensely beneficial for the host organisation, and especially so in large organisations and wherever there’s a premium put on the use of sophisticated systems and equipment. Sometimes, however, there’s the risk that the systems end up running the people rather than the other way around. As Ashley Lane explains, in the sensitive and vital area of employee misbehaviour (including crime) there can be absolutely no room for doubt.

The overwhelming use of digital technologies may have provided the miscreant employee with the means and the opportunity to misuse systems and hardware, but this mustn’t result in an information ‘closed shop’ wherein remedial action is removed from HR Departments and left to the devices of IT.

From workplace bullying and sexual harassment through to the downloading of inappropriate material and outright fraud, digital technologies are ripe for abuse and capable of magnifying its impact. The very good news, however, is that those abusers who believe they’re operating under safe cover are fooling no-one except themselves.

Like comparable errant behaviour in the ‘real’ world, digital crime and malfeasance leaves a trail of forensic evidence. The technology exists to uncover it – and this technology is now available to all. With minimal training, HR Departments can now regain control of those issues which rightfully belong in their expert hands without having to bother IT staff.

Designed specifically for use by non-technical investigators and employed extensively in corporate, military and policing environments, forensic intelligence capability is now very fast, accurate and powerful, collecting targeted data or images from media such as hard disk drives, USB sticks and memory cards. All commonly used computers, desktops, tablets and mobile phones are subject to its scrutiny.

A study by Carnegie Mellon University in Pittsburgh, USA – a global research university recognised for its work in digital forensics – has reported that malicious insider activity goes undetected for, on average, 32 months.

Reporting this in The Guardian, journalist Julian Parker went on to say that: “Incidents can be costly, time consuming and damaging to corporate reputations. Insider threats such as fraud, the theft of Intellectual Property and sabotage must be tackled alongside those posed by external perpetrators.”

Alarming though these data are, it’s reassuring to recognise that time is no barrier to the forensic triage process, as the article’s author pointed out. “This is where digital forensics comes into play. When a user accesses the Internet, copies files to the cloud or a memory stick, sends an e-mail, burns DVDs or prints documents, they leave a forensic trail. This is especially true with smart phones, tablets and even specialised encryption and detection tools, which are often used by those attempting to cover their tracks.”

Ready for a Court of Law

The good news doesn’t end here, either. Not only will the application of digital forensics techniques discover and retrieve the evidence, it will present it in a coherent format and, crucially, in evidence-ready quality, acceptable at all levels of the judicial process from industrial tribunals to the High Court. This will, of course, cover a range of activities, for example those employees misusing company property to access indecent images and employees contacting competitors (for example by Skype) or messaging to pass commercially confidential information.

Even where offending e-mails may have been deleted, the digital forensic process will retrieve them and identify the source. For HR professionals, this ability to locate and attribute hard evidence is both vital and welcome, often leading to admissions of guilt, saving both time and money in going through lengthy legal processes.

In the past, such power was almost exclusively vested in highly specialised external providers, often working not with HR professionals, but with IT Departments, primarily on the basis that the exchange of technical expertise must rest in that interface. Today, the situation is quite different. The technology has moved on apace and many investigations can be undertaken by in-house staff when suitably equipped and briefed. Most providers offer short, sharp training support, sometimes requiring as little as half a day of the HR executive’s time.

Frank J Ohlhorst is an award-winning technology journalist who has put this succinctly: “Vendors are realising that the best way in which to grow their forensic tools market is to engage non-technical staffers by building products that are easier to use, offer automation and can accomplish a great deal of the investigative work unattended.”