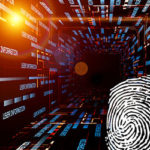 Acknowledged as one of the UK’s leading innovators of digital forensic technologies, Andrew Sheldon has issued a call for industry professionals to support the proposed plan from the Qufaro Group for a National College of Cyber Security. The National College is to be based at the historic Bletchley Park site where Alan Turing and his codebreaker team made the vital breakthrough on the German Enigma encryption scheme.

The CEO of Evidence Talks, Sheldon has offered to provide help to the new entity in establishing its curriculum and course content, wherever the techniques and application of digital forensics are being included.

“The Qufaro Group deserves congratulations for its idea, while the choice of Bletchley Park will help to inspire the students there to excel,” stated Sheldon. “I urge all of my industry colleagues to support this venture.”

Sheldon was one of the first individuals to gain a Masters degree from the Centre for Forensic Computing at Cranfield University’s Royal Military College of Science. He also has a personal collection of items from the earliest iterations of the digital forensics industry which he has offered to donate to the National Museum of Computing, itself one of the founding organisations of Qufaro.

After more than 25 years’ experience and thousands of forensic examinations, Sheldon is known for his innovations in digital forensic triage and his patented work in remote forensics. His technologies and methods are used by Government agencies, security services, law enforcement communities and corporate governance executives right around the world.

An essential element of the incident response processes required during cyber attacks, data breach and other crimes with a digital footprint, digital forensics offers investigators rapid and accurate analysis of the ‘digital crime scene’. Specialist triage tools can be used by front line officers with minimal training to deliver evidence standard data. Indeed, they’re likely to form a substantial part of the proposed National College’s syllabus.

Speaking ahead of a visit to the USA for meetings with US Government officials, Sheldon told Risk UK: “This is a nationally important initiative we fully support, and one which I think is probably overdue. I believe that industry will support the National College. It should provide both valuable networking and routes to employment.”