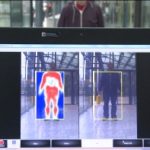 Digital Barriers – the specialist provider of visually intelligent solutions to the global surveillance, security and safety markets – has secured a framework contract with G4S for its ThruVis people screening technology. This European framework contract, which is just one of several that were in the final stages of negotiation at the time of the group’s trading update on 24 March, will see G4S market, sell and support ThruVis throughout its operations in continental Europe, covering no fewer than 19 different countries. There’s also the potential to include other technologies from the group.

ThruVis is designed to detect all types of items concealed under clothing – including non-‘metallics’ like explosives and ceramic knives – at stand-off distances of up to ten metres. It’s mobile, rapidly deployable and operates without compromising people throughput, safety or privacy.

It’s also operationally ready for use, as confirmed by the US Transportation Security Administration (TSA). Indeed, the TSA has already conducted successful deployments in preparation for a wider roll-out.

At the recent UK Government Security & Policing event in Farnborough, ThruVis was part of an official high throughput screening demonstration operated by G4S, whereby the technology successfully achieved a screening rate of up to 1,000 people per hour at peak times. This is estimated to be more than five times faster than the rate achievable with traditional security lanes. 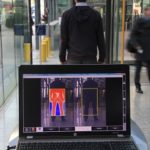 ThruVis can also be deployed alongside Digital Barriers’ SmartVis Face solution to raise immediate alarms when concealed threats or people who may present a security risk enter protected locations. SmartVis Face has been designed to deliver high-throughput, stand-off screening against known ‘watch lists’.

Commenting on the deal, Zak Doffman (CEO of Digital Barriers) said: “In recent weeks, we’ve announced that the US Transportation Security Administration and now G4S have both backed ThruVis as a game-changing technology that meets a pressing security need without disrupting people flow or detracting from the traveller experience. The addressable market for this solution is now being measured in many thousands of units over the coming years, which will deliver a very significant payback on the ten years of development and investment that has resulted in the finalisation of the technology.”

Safety and Security for the Corporate Environment