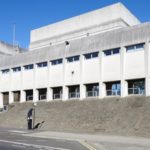 On Monday 15 January at Doncaster Magistrates Court, Leslie Fitzakerley of the dissolved company Diamond Security was found guilty of supplying unlicensed door supervisors. The Security Industry Authority (SIA) began investigating the case in April last year when the Regulator received intelligence from South Yorkshire Police that Fitzakerley, who was a sole trader under the name of Diamond Security, had supplied a 17-year-old to work as a door supervisor on two occasions.

While conducting licensing checks in September 2016, South Yorkshire Police officers discovered the 17-year-old working as a door supervisor at a hotel and bar venue in Bennetthorpe, Doncaster. In December of that year, they again found the door supervisor working while in possession of a forged SIA licence, this time at Cleveland Street in Doncaster.

South Yorkshire Police subsequently contacted the SIA with this information, and the Regulator’s Criminal Investigations Team examined the case further.

In May last year, Fitzakerley was sent a formal request for information in relation to the unlicensed door supervisor. However, he failed to provide this, which is an offence under the Private Security Industry Act 2001.

The SIA investigation also discovered that, in October 2016, Fitzakerley had supplied a further security operative to work as a door supervisor at another licensed premises on Silver Street in Doncaster. However, the individual concerned was working with a security guarding licence.

Fitzakerley was prosecuted by the SIA and entered a guilty plea on his appearance at the Magistrates Court. He was fined £400 in total for supplying an unlicensed security operative and failing to provide information. Fitzakerley was also ordered to pay a surcharge of £30 and costs of £560.

Pete Easterbrook, the SIA’s criminal investigations manager, explained: “This is an excellent example of partnership working with the South Yorkshire Police Licensing Team that culminated in the successful prosecution of an individual and company supplying unlicensed and untrained door supervisors in the Doncaster area. The Magistrates Court took into account the fact that Fitzakerley pleaded guilty at the earliest opportunity. As a result, the District Judge awarded Fitzakerley maximum credit and this is reflected in the sentence received.”