Developments in Cloud Security: Predictions for 2019 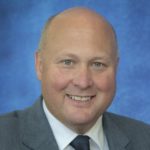 The cloud is a vital part of any enterprise infrastructure. The convenience of having a database that can be accessed from any location has dramatically improved efficiency within workforces. While many companies had previously been afraid of making the move, as the open nature of the cloud makes it less secure than on-premise solutions, new advances in cloud security have greatly reduced the number of successful attacks. Stephen Dallas predicts where the cloud is heading in 2019 and beyond.

The growth of these providers will come primarily from increased revenue in their business services and SaaS solutions, as well as from new and powerful third party apps being brought to their respective market stores. Their growth will have the adverse effect of making them a bigger target for malicious attacks, while at least one of them will suffer a major breach because of this.

However, it will not be enough to slow down momentum. We predict that, by the end of 2019, all six will see an increase in profits.

Cloud-based applications will be forever changed by open source Containers. 2018 saw the rise of enterprise container adoption with Kubernetes leading the charge. Twelve months ago, Microsoft stated that adoption of Kubernetes on its Azure service had increased by ten times compared to the year before, matching similar reports in 2017 from Google that showed a nine-fold rise.

The open source nature of Containers provides companies with a lot of freedom to develop secure, scaleable and enterprise-ready applications, such as application load balancing and traffic monitoring tools. There will be a rise in cloud security vendors embracing Kubernetes and other Containers for their new solutions in 2019. This will help push Containers into the mainstream for any cloud-based application in the future. 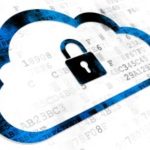 DDoS threats will only continue to increase as companies begin adopting multi-cloud. As the cloud becomes a bigger requirement for companies, we will begin to see many adopt multi-cloud strategies. Unfortunately, in doing so, more entry points for hackers to enter the network will become available.

As we’ve seen in recent years, those with malicious intent will continue to evolve their DDoS threats in order to bring down companies and accomplish their end goals, whether those goals be ransomware, cryptomining or something else. This is to be expected.

To counter these, many enterprises will adopt next generation cloud security tools like convergent firewalls and secure service meshes. As the tools of hackers evolve, so must the protective tools of the industry.

Cloud load balancing will become the glue that keeps the cloud together. Load balancing technology isn’t new, but as more companies move to both the public and private cloud it has become increasingly vital. Cloud load balancing is more agile, offers greater efficiency and can be easily used with multi-cloud offerings.

As the cloud becomes more complex, companies will be forced to rely more on cloud load balancing until it becomes the most important cloud security tool within a company’s Security Operations Centre. A big reason why cloud load balancing is a great tool is because it offers a wide visibility of the cloud and allows for greater analytics and insights. In addition, it easily integrates with Containers and uses automation to offer instant security. It also integrates easily with the big service providers like Microsoft Azure and AWS, which makes it available to many.

2018 saw the cloud become a vital part of enterprise infrastructure and 2019 will continue to see it become increasingly mainstream. Many of the fears businesses had around the cloud have slowly subsided as next generation security tools have become more available, with proven track records of preventing DDoS as well as other forms of malicious attack.

Just as the hackers will continue to evolve, so must the companies who need to keep their data safe. Having customised, open source tools and containers will become more important, along with a reliance on cloud load balancing to offer full protection of a company’s cloud offerings, whether it be single, hybrid or multi-cloud.

Stephen Dallas is EMEA Partner Director at A10 Networks