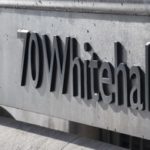 Chloe Smith, Minister for the Constitution, has announced a new central Government Profession to be launched on Tuesday 9 October for specialists working to fight fraud and economic crime. The Government Counter Fraud Profession (GCFP) will create a new community of counter fraud specialists across Government, with myriad benefits resulting for both individuals and organisations.

The GCFP will enhance the structure of the Government’s counter fraud capability and put the UK Government in a better position to find and fight fraud and economic crime. The launch of the Profession represents the culmination of two years’ work, with over 100 organisations having been involved in its development.

The GCFP will provide counter fraud specialists across Government organisations with a common framework of professional standards and competencies. It will also introduce a Professional Skills Platform, a web-based tool through which members can register their knowledge, skills and experience and also self-assess against a range of counter fraud roles.

By having common standards, organisations will be able to identify what skills they do and do not have. They will also be afforded the ability to improve access to counter fraud capability and help deliver better quality products, whether fraud investigations, risk assessments or data analytics. Working with a common framework of standards, organisations will also be able to share learning programmes and develop new initiatives together.

The Profession will move beyond a focus on investigation and look more at preventing and understanding fraud. This is because the GCFP recognises that, to build a world-class counter fraud capability in the public sector, the UK needs a professional structure that recognises the complexity of counter fraud activity. 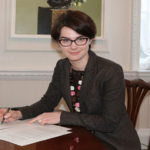 “I’m pleased to be announcing that the Government will launch the new Counter Fraud Profession on Tuesday 9 October,” stated Chloe Smith. “The launch of the GCFP will make the UK a global leader in the professionalisation of counter fraud and give our specialist staff an excellent and well-deserved opportunity for career progression within the discipline. This Government remains absolutely committed to tackling fraud in any capacity, including against the public purse, and this new Profession is one way in which we’re enhancing our ability to do so.”

International partners have already asked the UK to lead a Working Group in this area. The GCFP will continue to be flexible, evolving in line with the needs of its members and the changing threat posed by fraud and economic crime.

*Further information is available via e-mail at gcfp@cabinetoffice.gov.uk

***Read the latest instalment of The Security Institute’s View