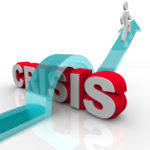 Organisations are now keenly aware of the increasing threat of crises. According to Deloitte Global’s 2018 crisis management survey, entitled ‘Stronger, Fitter, Better: Crisis Management for the Resilient Enterprise’, nearly 60% of respondents believe that organisations face more crises today than they did a decade ago, yet many may overestimate their capabilities to respond.

The study, which builds on the findings of Deloitte Global’s 2015 study ‘A Crisis of Confidence’, surveyed the opinions of over 500 senior crisis management, business continuity and risk executives about their organisations’ crisis management and preparedness.

“With the rapid pace of change facing companies worldwide, and given that crises are on the rise, it’s critical for organisations to be ready to respond with skilled leadership and plans that have been tested and rehearsed,” observed Peter Dent, Deloitte Global’s crisis management leader. “Organisations that are adept at crisis management take a systematic approach to steering clear of potential crises and managing those that do arise with an eye to both preserving and building value.”

This year’s study has uncovered dramatic gaps between a company’s confidence that they can respond to crises and its level of preparedness. The gap becomes even more evident when evaluating whether organisations have conducted simulation exercises to test their preparedness.

Nearly 90% of respondents are confident in their organisation’s ability to deal with a corporate scandal, yet only 17% of organisations have actually tested the assumption through simulation. The gap is reminiscent of the 2015 study findings, which illuminated the fact that Board members believed they could respond well if a crisis struck, yet playbooks of likely scenarios failed to exist.

80% of organisations worldwide have had to mobilise their crisis management teams at least once in the past two years. Cyber and safety incidents in particular have topped companies’ crises (at 46% and 45% respectively).

Many who have already experienced a crisis are learning from them. Following a crisis, nearly 90% of organisations have conducted reviews. The major insight from these examinations is that many crises may have been averted. This appears to prompt organisations to take action in order to forestall future crises.

“Crisis management shouldn’t start with a crisis,” continued Dent. “At this point it may already be too late. The ability to prevent a crisis can be fortified by looking at the entire life-cycle of a crisis instead of just readiness and response. Successful crisis management also requires overcoming any biases to ensure that the Board and senior management look closely at risks. Even those, and perhaps especially those, they believe are not likely to happen.”

When responding to a crisis, strong leadership skills and situational awareness are critical. The survey finds that nearly a quarter (24%) of respondents cite the effectiveness of leadership and decision-making as one of their greatest crisis management challenges.

To help leaders be prepared to navigate their organisations through a crisis, organisations should consider organising leaders ahead of time by clearly defining their various roles and responsibilities, training leaders in the tools and techniques that can help them through a crisis and identifying, improving and counterbalancing leadership tendencies and styles which, while they may serve as strengths in normal situations, could cause trouble in a crisis.

Further, Board and senior management members’ participation in crisis exercises is critical, as is their involvement in developing an organisation’s crisis plan. More than four-in-five (84%) of respondents say their organisations have a crisis management plan in place, while those who enlist the Board to participate say the number of crises has declined over the last decade (21%) compared to those without Board involvement (2%).

Third parties: part of the problem and the solution

Crises often emanate from the actions of third parties, such as suppliers and alliance partners, but the same third parties often play an important role in helping to manage and mitigate crises.

Recognising this, 59% of respondents say that they participate in crisis exercises with third parties, examine third parties’ crisis plans or both. Bringing in outside organisations and coalescing internal teams is an important part of addressing – and potentially preventing – crises.

Crises are not inevitable. Many of them are avoidable, in fact, which is why smart business leaders invest in crisis management capabilities. These strengths can help their organisations avoid costly (and sometimes irreparable) damage to finances, employee morale, brand and reputation.

Detail behind the survey

This quantitative survey was conducted via telephone by ComRes on behalf of Deloitte Touche Tohmatsu Limited. Fieldwork occurred between November 2017 and January this year. The participants were all crisis management, business continuity and risk senior executives, and specifically in senior management positions, but below Board level, working for large corporations in the private sector with an annual global revenue of at least US$5 billion for companies based in the US, and at least US$1 billion for all other countries