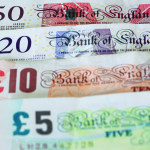 No less than 45% of CPOs questioned for the study report a rise in procurement-related risk as a direct result of volatility in emerging markets as well as geopolitical uncertainty affecting their supply chains. In parallel, 55% report an increase in external financial and economic uncertainty.

Of all the industries surveyed, consumer business respondents are the most concerned given procurement’s role to ensure product availability in locations that are now affected by uncertainty, instability and security risk.

Deloitte’s research also shows that resourcing continues to be a challenge. 62% of CPOs state that their team doesn’t have the skills and capabilities to deliver their procurement strategy, yet just under half of CPOs report that attracting talent in the last 12 months has been difficult. One third report that their training budgets are now less than 1% of total operating budgets (one quarter of what might be considered Best Practice).

James Gregson, EMEA head of sourcing and procurement at Deloitte, commented: “Risk and the widening skills gap are clearly a concern for CPOs. Weaknesses in global economic metrics and heightened levels of geopolitical uncertainty are two of the major themes for CPOs this year. On the talent side, we’re seeing training budgets being cut and a push towards outsourcing as a means of plugging the skills gap. This trend is most prevalent in the largest organisations*, where 40% are expected to pursue outsourcing for some element of their function.”

Time for a digital transformation

Despite these challenges, Deloitte’s research shows an increase in digital technology spend, perhaps suggesting that CPOs are looking at innovative solutions to address their business issues.

Gregson added: “Digital technology spend is on the rise, with 70% investing in self-service solutions. That’s up by more than one third in a year. Investment in mobile, cloud and social media is also increasing. These statistics would seem to suggest a shift towards digital, but careful work needs to be done first as 60% of CPOs admit they don’t have a clear digital strategy.”

He continued: “The key will be to make sure this strategy is in place first, such that the right technology is being used in the right way. Done correctly, a digital strategy can improve accuracy, speed and outcomes. Potentially, at least, this is a double-edged sword. Digital can either reinvigorate or replace procurement’s role. It’s up to the CPO in situ to set the strategy and lead the change, or otherwise risk being left behind.”

Reported levels of risk are largely unchanged from last year, from 32% to 31%

77% of UK CPOs are investing in self-service portals, 54% in cloud-based computing and 33% in social media

Conducted in association with Odgers Berndtson, the Global CPO Survey comprises a benchmark indicator of sentiment in the procurement function. The report is based on data received between 2011 and 2015. This edition contains responses from 324 of the most senior procurement leaders from 33 countries. The organisations for whom they work have a combined annual turnover of $4.4 trillion.

Access copies of the full survey online at: www.deloitte.co.uk/cposurvey2016