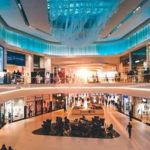 Second only to the products that it’s selling, arguably the most important aspect of any retailer’s business are the loss prevention measures it has in place. Without such measures, asserts Evgenia Ostrovskaya, a retailer has little to no chance of surviving – and particularly so in the current harsh retail climate in which we’ve become accustomed to household names regularly announcing losses and wide-scale store closures.

According to the most recent statistics outlined in the British Retail Consortium’s Retail Crime Survey, 2017 saw the cost of retail crime in the UK rise to a record £700 million (representing a year-over-year increase of £65 million, or 15%). Combined with record lows for retail sales, this suggests that while shoppers may be leaving the High Street in their droves, the thieves are going nowhere.

The first step to instilling Best Practice is for retailers to be aware of the wide range of crimes being committed at their expense. Some common examples include shoplifting by individuals or groups, money fraud through means such as counterfeit cash, stolen credit cards or fraudulent cheques, attempts to refund a stolen item in exchange for money or credit, checkout fraud (such as swapping barcodes or deliberately failing to swipe a product at checkout) and online attacks from hackers or scammers.

Other more violent forms of retail crime such as burglary and vandalism are also very serious threats and can have a higher price than stock loss, with damage to property and – in a worse case scenario – injury to employees being a possibility.

At around £500 million, customer theft in all of its many guises makes up the majority of retail crime’s cost. It accounts for nearly three quarters of the total for retail crime. The level of shoplifting is growing (by a quarter since 2006-2007) while other thefts have fallen. It’s no surprise then, that according to the Association of Convenience Stores, the majority (36%) of thefts from retailers are opportunistic rather than pre-meditated. The lesson to be learned here is that removing the opportunity for a would-be criminal to act can help to prevent losses.

Without even needing to introduce any technological innovations, there are a few practices that can greatly reduce the chance of shoplifting. Staff should be properly informed about security measures such as panic buttons and CCTV, internal and external crime reporting structures and how to deal with abusive customers. This can then feed into how retailers approach customer service as well. Staff should greet customers as they arrive into the store to create a more welcoming environment for shoppers and to let potential thieves know that they’re being watched.

Staff can also help to deter people whom they think are concealing goods by offering them a basket or by offering to put their items behind the till. Retailers can also prevent shoplifting by keeping highly-priced and easily concealable items in view of the tills.

Sadly, not all threats of loss come from unknown criminals. Over 18,000 incidents of staff thefts have been reported within the retail sector over the past year, costing £23 million (and amounting to £1,214 per incident).

In an attempt to curb internal theft (which can include stealing money directly from tills or the partial scanning of products), retailers have invested over £5 million. Retailers can keep internal theft in check by monitoring stock levels and stock rooms to deter an employee from considering stealing an item. It’s also worth noting that these are incidents which, for the most part, retailers are not reporting to the police. Whether it’s because they don’t want the hassle of paperwork, or they would view it as an embarrassing indictment of their own internal reporting, only 34% of staff theft incidents are reported. Retailers have a duty to report such incidents to the police rather than just dismissing the employee, as it can prevent offenders from committing the same crime elsewhere. 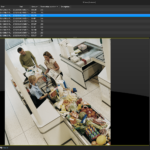 There is, however, only so much that a retailer can do to prevent loss and enhance security without spending. Many retailers already appreciate this, reflected by the fact that retailers on average in 2017 spent around the same on non-cyber crime prevention in 12 weeks as they did in the entirety of the previous year (£29 million).

Clearly, there’s a growing awareness that having informed staff and a well laid out store is no longer enough to fight the rising tide of retail crime. From supermarkets to department stores, a variety of retail operations are benefiting from sophisticated security solutions. Access control, ANPR and video surveillance are used not only to keep products and people secure, but also to improve service standards at a single location or across the globe.

A large benefit of these sorts of solutions in practice is less about how they function in the event of an incident, and more about the way they can be used to prevent crimes from happening. If criminals know a particular store has a state-of-the-art security solution in place it makes that store a harder target, and criminals don’t like hard targets.

Part of the role of a security solution is to make a potential theft as unappealing as possible and to show members of the public that the store is a safe space. One such example of this in action is with Project Green Light in Detroit. Project Green Light has seen a number of stores and restaurants install a series of improvements in order to have real-time camera connections with local law enforcement. These locations have a green light above their signage to indicate they’re a safe place in which to shop and to ward off criminals.

In spite of these practices to prevent crimes from taking place, retail theft and criminal damage still takes place. In the situation where a crime has occurred, retailers need to have protocols and measures in place to deal with the fall-out. At the moment, a particular problem is the way in which police procure surveillance footage in order to carry out an investigation. With a number of legacy systems still operating with a variety of formats, obtaining the video by a USB stick or DVD can be a time-consuming exercise. A more modern system allows for the police to securely and quickly receive video digitally without having to deal with a potentially antiquated system. This can exponentially speed up the process of tracking down a culprit.

It must be added that none of this has been helped by cuts to funding which has led to 1,200 officers leaving the UK police force in the last eight months, or by criminals exploiting the Anti-Social Behaviour, Crime and Policing Act 2014 that allows for thefts of under £200 worth of goods to go unpursued. These facts probably lend themselves to the unwelcome statistic that around half of retailers see police performance as poor, with only 45% seeing it as fair. 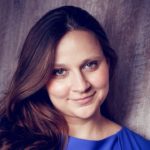 Before it reaches the point of them even needing police assistance, retailers must ensure that they have systems and practices in place so that they can prevent as much crime as possible. In order to deter crime, retailers should look to fashion a well-trained staff, a clear layout of goods without spots for criminals to ‘hide’ in store and a system of monitoring stock to stop internal theft. In addition, retailers can look towards investments in security solutions for aspects like video monitoring and access control in order to make any crime – whether it’s pre-meditated or opportunistic – as unattractive as possible.

In 2018, striking a good balance between technology and Best Practice is key to preventing stock loss. Having a sophisticated security solution is of no use if you don’t have the personnel to best use it. Equally, just relying on staff experience is no longer adequate to deal with the growing level of crime that’s impacting retailers in a huge way.

If retailers invest in staff and security solutions, along with developing a clear relationship with law enforcement, then they will go some way towards limiting the harmful effect that crime has on their business and, indeed, on the retail sector as a whole.