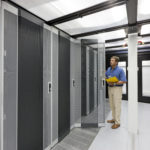 Data Centre construction is a complex business and, as Ian Dixon asserts, presents a unique collection of challenges compared to other buildings of a comparable size. A Data Centre provider’s reputation depends entirely on its ability to keep information safe and secure for as long as its customers need it, which is why so much time, effort and money is poured into keeping these facilities physically and logically secure.

Every Data Centre’s management team spends significant amounts of money on a range of systems including access security, firewalls, monitoring technology and a host of other measures such as fire suppression systems – as well as the people needed to run them on a 24/7 basis.

One of all the security threats that are commonly associated with Data Centres – ie fire, floods, power outages, terrorism and cyber attacks – is seismic activity and earthquakes but they’re rarely mentioned. However, such phenomena are an increasingly important factor in Data Centre design and placement.

There’s no perfect place to locate a Data Centre. Choosing where to build a facility is a matter of trading off various factors against each other, from ambient air temperature through to water access and on again to proximity to major Internet exchanges. It’s the reason why there are Data Centres in almost every conceivable environment, from Iceland to the Nevada desert, as well as in regions renowned for their seismic activity, such as the Pacific Rim.

Today, significant portions of major developed economies such as the US, Japan, Italy and even the UK experience regular seismic activity. Organisations constructing new Data Centres and maintaining existing ones are having to think in new ways about how to protect these vital facilities – which don’t respond well to violent shaking – from unexpected and unpredictable seismic force. Major economic markets such as California in the US, Tokyo in Japan and Rome in Italy all exist in areas pre-disposed towards seismic activity of varying degrees.

Construction techniques have evolved to make buildings more resilient to earthquake forces, using materials that allow buildings to flex and sway, while a variety of foundation options allow buildings to shift and dissipate shocks. Those advances have traditionally been focused on keeping a building intact and human occupants safe – which can withstand a degree of vibration and shaking – rather than protecting delicate electronics.

However, as we saw with the 2011 Tōhoku earthquake and the subsequent destruction of the Fukushima Daiichi Nuclear Power Plant, even the most earthquake-prone parts of the world can be overwhelmed, no matter how well they prepare.

While Data Centres might not be quite as important as nuclear power facilities, any disruption can have devastating consequences for the economy of the region involved, not to mention on the businesses that have chosen to host their IT infrastructure or data there.

Building a Data Centre in an area where earthquake or tremor risk is elevated requires different construction approaches – ones that will not only keep the building together and the occupants safe, but also allow racks upon racks of servers to survive and remain functional.

An earthquake is a sudden shaking or trembling vibrations of the ground produced in the Earth’s crust. This occurs when plates in which elastic strain has been building up suddenly move and then rebound. The vibrations can range from barely noticeable to catastrophically destructive, releasing the energy equivalent of thousands of nuclear weapons. This can cause the surface of the Earth to be altered by thrusting up cliffs or opening great cracks in the ground. Moreover, this activity can manifest at sea as well as on land, creating anomalies such as tsunamis.

As IT equipment and power supply is particularly vulnerable to earthquakes, the industry should look to areas which are prone to seismic events, such as Japan, for guidance on how to protect against seismic shocks. Even in relatively low-risk areas, even a small one-off tremor can cause significant disruption. By incorporating Best Practice, facilities can ensure that they keep critical systems online in the face of all but the most catastrophic of earthquakes.

The Data Centre at Inzai City in the Chiba prefecture, about 30 kilometres outside of Tokyo, is a great example of a facility that was developed to cope with the unique demands of its locality. Given the importance of Tokyo as a global economic base, being in close enough proximity to serve customers and users in the city and its suburbs was important. Inzai provided a good balance, close enough to service the Tokyo area, but far enough away from the city centre to also serve as an alternate location for those wanting redundancy. The existing Data Centre also served as a way of understanding the potential seismic forces that a Data Centre would face there, allowing any new Data Centre to be more refined and resilient.

The tried and trusted way to make a structure more resistant to the lateral forces of an earthquake is to tie the walls, floor and roof together to form a single superstructure. One then builds an isolated foundation that becomes the sub-structure. As skyscraper designers have long known, too much rigidity is extremely dangerous. Structures must be able to absorb some of the colossal forces unleashed by an earthquake (or wind or flood, for that matter) to which they’re exposed. Splitting the structure of the Data Centre enables the facility to dissipate much of the energy coursing through the building.

However, in order to nullify the vibrations and keep the equipment as safe as the human inhabitants, designs also need to look at what the building sits on.

Inzai 2 employs the latest in construction techniques to nullify and dissipate the effects of any seismic activity in the region. The superstructure sits on a series of seismic isolators and Teflon Sliders. These isolators are sometimes called a ‘shake table’ – capable of holding 125 tonnes per m2, isolating the whole building from any seismic forces and allowing the sub-structure and superstructure to move independently. This allows the bulk of the seismic shock/energy to be dissipated by the sub-structure and reduce the impact on the superstructure.

The seismic isolator base effectively allows the upper section of the building to float rather than directly connecting it to the moving ground. The end result is a substantial reduction in the impact of any movement and a considerable reduction in the vibration from a seismic event, protecting the building, customer hardware and staff at the site. By reducing this impact, hard drives are less likely to be damaged or produce write errors, while blade servers and other cards, as well as fans and other cooling aides, are less likely to be unseated by a tremor.

Owing to its location, Inzai 2 was built to the most stringent standards of resilience, reliability and scaleability to ensure long-term reliability and data protection. As a result, the facility achieved a Probable Maximum Loss of under 3%.

While Japan is a country that’s prone to seismic activity across its entire land mass, the Inzai location is ideally suited to Data Centre facilities. This is due to its location above sea level and being far enough inland to avoid the risks posed by tsunamis which, as we know, can be utterly devastating.

Meanwhile, Inzai is close to major population and business hubs such as the Greater Tokyo Metropolitan Area and Narita Airport, the latter serving as the international gateway to Japan. The positioning minimises the external environmental risks such as seismic-activated tsunami or a water source such as the Tone River breaking its banks under strain from a tsunami or tremor.

One of many considerations 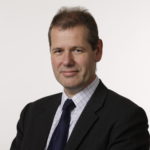 It’s worth noting that, while seismic activity is a concern for anyone building a new Data Centre, it’s just one of many considerations when ensuring that a site is as protected and made as resilient as possible. Geophysical considerations sit side by side with everything from “Is the site on a flight path?” to “Can the local sub-station provide enough mains power to run the site at 100%?”

According to the World Risk Report compiled by the United Nations University for Environment and Human Security, Japan is the fifteenth most susceptible country when it comes to earthquakes. As such, the country is a leader in construction innovation to mitigate the impact of unpredictable and variable tremors on buildings.

The construction approach adopted for Inzai 2 serves as a useful roadmap not only for Data Centres in other locations at risk of earthquakes, but also for a variety of modern and tech-centric buildings.

Ian Dixon is Vice-President of Operations at Colt DCS