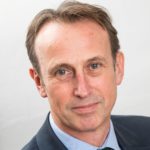 Security Industry Authority Approved Contractor Dardan Security has appointed former British Army commander of intelligence and surveillance, Major Andrew Buxton, as the company’s new head of client services. With over 30 years’ operational experience within the British Army, Buxton is ideally placed to provide a level of insight that’s seldom found within such roles in the private security industry.

A former chief instructor at Sandhurst, Buxton joins Dardan Security after finishing his career in the Royal Anglian Regiment as head of intelligence, surveillance, target acquisition and reconnaissance for a 1,000-strong battle grouping. In 2015, he was mentioned in the New Year Honours List for the instrumental part he played in creating the Ministry of Defence’s (MoD) contribution to the UK’s counter-terrorism strategy first activated by the Prime Minister in response to the Manchester Arena terror attack.

In his new role, Buxton will help to provide integrated security solutions which combine the best in security guarding and new technologies. He will also help to identify potential new business opportunities for Dardan Security.

Buxton holds an MBA and a Master’s degree in Leadership and Management, is a Fellow of the Chartered Management Institute and a member of The Security Institute.

Speaking about his new role, Buxton told Risk Xtra: “As well as my Master’s degree, I’ve also completed eight months of post-graduate study at the Defence Academy. Moving into the next phase of my career, I wanted to be surrounded by like-minded people and be in a role which allows me to use the skills I’ve gained.”

Buxton will also work alongside Dardan Security’s recently appointed UK training manager Roger Clarke who brings with him 30 years’ experience of working within hostage and crisis negotiation training and management for the police service.

Philip Anthony, managing director of Cambridge-based Dardan Security, commented: “Bringing someone of Andrew’s background and expertise into the company is extremely important in the expansion and continued development of our business and the services it offers. Andrew’s appointment will help us to continue our growth and provide unparalleled levels of insight, knowledge and training to our clients.”

During his time with the Royal Anglian Regiment, Buxton gained 30 years’ operational experience from multiple tours of Northern Ireland, the Balkans, the Middle East, Asia and Africa. Focused on overt and covert surveillance, intelligence and reconnaissance, and primarily in hostile environments, he has significant experience of identifying threats and vulnerabilities and creating systems to mitigate risk. He was also the MoD’s principal planner for the design and implementation of regional contingency plans for the protection of Critical National Infrastructure in the South East and the MoD’s operational lead for its contribution to flood relief operations back in 2014.