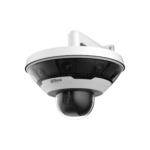 In days gone by, electronic surveillance within the education sector has often been viewed as a ‘grudge purchase’, and particularly so in smaller institutions. It’s something that you have to have. A necessary evil. As a result, many schools and universities have spent only what they have to, looking for the bare minimum, and in some instances even using CCTV kits meant for small retail or domestic use.

This is a mindset that has changed over recent years with many sites, and particularly so larger campuses, adopting proper security and surveillance practices. However, it does still prevail in many. Also, added to this, education funding has never been tighter, with some schools assessing in great detail how they’ll pay the bills, let alone cover the cost of what must seem like a luxury.

However, as Dahua illustrates in its latest White Paper, there’s a flipside to all of this, with growing pressure to protect both students and staff from myriad dangers, including physical and verbal abuse, accidents and even – at the extreme end of the scale – arson.

As a result, this raises the question of how schools and universities can afford a surveillance system that’s fit for purpose while keeping costs to a minimum. This is an area Dahua and the wider industry have been looking at, while recognising the ‘balancing act’ that’s involved. There are a few things that can be done.

This is often an overlooked cost in new and upgraded systems. As is the case with all electronic equipment, the main components tend to be a known quantity. We have in mind an idea of how much a new TV or sound bar will be, but how often do you factor-in the specialist connectors or fibre optic cables to plug it all together? This is always the bit you grab at the last minute and often pushes you well over your original budget. Now, imagine that expensive specialist cable isn’t two metres long, but 200 metres long, and that it has to run through ceiling ducts, between buildings and through playgrounds…

At a stroke, your £400 camera has had £50 of cable and £150 of labour added to it. Multiply this by 30 cameras and, all of a sudden, you’re looking at the need to reduce camera numbers or look for other ways in which to cut costs.

To help alleviate this, the industry has now developed special adaptors, allowing newer technology cameras to use either older existing infrastructure or to run over existing IP networks. Do you have a long distance to cover or need to go between buildings? Simple Wi-Fi point-to-point senders are now a lower cost, ‘fast-fit’ alternative to groundworks and can also be used for your other network devices.

Sites such as large schools and universities tend to cover large areas, with some extending to several acres. This can make the number of cameras needed to provide a usable view of all relevant areas unfeasible. To help address this, there have been three main developments.

Traditional analogue cameras typically produced around 480 TV lines of picture quality, which was approximately comparable to VGA resolution. With the advent of IP and analogue replacement technologies such as HD-CVI, camera image qualities have become exponentially better, with 12 MP a norm. This means that a single camera can now monitor far larger areas than traditional cameras ever could. There are football stadiums in the UK that use this technology to watch several thousand people simultaneously using a single fixed camera that can zoom in digitally and recognise each individual.

A relatively new innovation, the multi-lens camera is a single device, but with multiple cameras built in. These can operate in a couple of ways: by giving multiple camera feeds over a single connection or by having all of the images ‘stitched’ together to yield full 180° or 360° fields of view.

This technology offers a number of cost-saving benefits. First, installing one camera rather than three or four in the same area saves significant installation time and infrastructure. Second, on a recording device these days you tend to pay for the number of recording channels, and many multi-lens devices will often only require one channel of recording. Third is the cost of the unit itself. Given that it sometimes replaces the need for four or more cameras, a single camera doesn’t carry the cost a larger number of cameras otherwise would.

Although not a new technology, thermal imaging used to be something that was far beyond the budget of a traditional CCTV system. Added to this is the physical size of the cameras. Before now, it was relatively unheard of for this technology to be used outside of the military or at petrochemical sites. This is something that has changed in the past few years, with some thermal cameras now retailing at a similar price to a traditional camera. Also, the size of thermal imaging cameras has reduced significantly, meaning that they’re no bigger than a conventional system.

The benefit of this technology is coverage. A thermal camera can detect movement and pick out intruders over huge distances. At night, these cameras come into their own, watching fence lines and open spaces such as playing fields, with a single camera able to monitor several hundred metres. Now, for less than the cost of a PTZ, you can monitor entire playing fields even in the pitch black.

One topic that has been in the news a great deal of late is Artificial Intelligence (AI). This is an innovation that’s still in its infancy, but the electronic security market is leading the way and AI is already in use. Adopted quickly by councils and the police and used on larger systems, AI has many benefits and provides a fast return on investment.

AI embedded in CCTV can carry out multiple functions, from recognising individual faces to monitoring flow and dwell times and even detecting behaviour patterns that help in identifying potential problems before they happen. This becomes a huge step forward in larger systems that traditionally need human monitoring. The cost of two or more people monitoring a system 24/7 can easily run into six figures each year. Having a self-monitoring system that can not only do this itself, but across many different applications such as watching out for known individuals, makes it significantly more efficient and able to monitor hundreds of cameras simultaneously.

This is a system that’s now live and running in town centres, including in the city of Lincoln, while demonstrating its ability to pay for itself in a matter of weeks.

Security within education establishments is a necessity. There’s no denying that. Security measures come in many different forms, which doesn’t make the implementation and management of such systems easy. However, there are now many options out there – options you may not have been aware of, and ones that could mean you might afford a better system than you may have first thought.

If you’re looking to implement, upgrade or expand your security measures, make sure you look at all the options and speak to companies such as Dahua who are innovating in this area and not just the ones offering the cheapest equipment. Cutting corners in your CCTV system could turn out to be far more expensive than you first budgeted for.