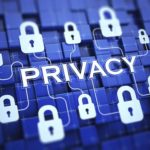 Rohan Massey, European head of privacy and cyber security at law firm Ropes & Gray, has offered some perspectives on the key issues expected to impact both areas over the coming year, which is set to be the most important in terms of international data transfer compliance since the Safe Harbor agreement was struck down in 2015.

“This is because the European Court of Justice is expected to rule on the validity of the European Commission’s standard contractual clauses, which many businesses use to transfer personal data outside the EU,” explained Massey. “Given that the SCCs are being challenged on the same grounds used to invalidate Safe Harbor — that US law does not protect European citizens’ data against the National Security Agency’s mass surveillance programmes — we think it likely that the European Court of Justice will also strike down the SCCs in their current form.”

Massey continued: “The proposed ePrivacy Regulation is unlikely to be agreed before the EU parliamentary elections in May, meaning that the text will not be finalised until 2020 and may not take effect until 2022. The level of disagreement between Member States and the intense business lobbying over the text don’t augur well for a speedy resolution. That said, the interplay between the General Data Protection Regulation (GDPR) and the existing Directive on critical areas such as cookie consent makes the likely delay in making sure that the Regulation is agreed somewhat less detrimental.”

In addition, Massey observed: “Companies and data protection lawyers spent the latter half of 2018 waiting in vain for the first blockbuster GDPR enforcement action. They are unlikely to be disappointed in 2019 as regulators conclude their ongoing investigations and the incidents caught by the previous law fade into the rear view mirror.  While it’s likely that there will be multiple seven-figure fines, we wouldn’t be surprised to see a 10 million Euro penalty issued most probably by the Irish, French or UK authorities, although there are 25 other regulators that will also be keen to show their teeth.”