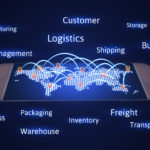 Cyber attacks and data breaches (49%) are the most concerning challenges for professionals both over the next 12 months and the upcoming five years. That’s according to the 2018 Supply Chain Resilience Report published by the Business Continuity Institute (BCI) in collaboration with the Zurich Insurance Group.

Over the next twelve months, a further concern is health issues. Human illness (25%) and Health and Safety (24%) feature among the Top 10 future challenges.

Following the trend of 2017, the uptake of business continuity arrangements continues to grow. An increasing number of organisations now embed business continuity to protect their supply chains. On the other hand, top management commitment, which is a key factor to ensuring resilience, declined from 2017 (from 41% to 33%).

Technology employment to analyse disruptions is still low (38%). Organisations are tending to rely on traditional software rather than advanced solutions. However, the minority of organisations that use technology solutions are more successful at analysing incidents among their suppliers.

There’s also an upward trend regarding organisations that have insurance coverage. However, the BCI’s report (which involved 589 respondents from 76 countries) highlights that respondents who stated that they don’t have any sort of insurance are not aware of the reason. This reveals a possible awareness gap that could be costly for organisations.

Other key findings in the report include the following:

*Reporting of supply chain disruptions has increased since 2017, going from 70% to 73%. Overall, the majority of organisations have consistently shown a growing level of reporting over previous years (68% on average)

*The number of organisations suffering a disruption in the past 12 months has decreased from 65% to 56%. However, the number of business not aware about disruptions has grown from 10% in 2017 to 16% this year

*52% (8% more than 2017) of organisations surveyed reported supply chain disruptions among their Tier 1 suppliers, while an increased number of respondees (+8% since 2017) admitted to not analysing the full extent of their supply chain in case of disruption

*The threat landscape for supply chains has changed since 2017. While unplanned IT and communications outages (53%) remain the top cause of disruption, adverse weather (41%) follows (rising from sixth place in 2017) with cyber attacks and data breaches (33%), loss of talent/skills (30%) and transport network disruption (27%) next in the list

David Thorp, executive director of the BCI, commented: “Supply chains are exposed to risks and threats that vary in their nature. As organisations become increasingly interconnected through global networks, so their growing complexity makes them more vulnerable to disruptions. Through the years, we’ve witnessed higher levels of awareness and adoption of Best Practice. That’s extremely positive. We’re now moving towards more resilient supply chains. However, opportunities for refinement are still there. Going forward, collaboration among those business networks involved is going to be an essential element in keeping the supply chain intact.” 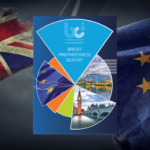 The BCI has also launched its first Brexit Readiness Tracker report designed to provide insight on how prepared organisations are across the globe to deal with Britain leaving the EU on 29 March 2019. This report will now be published every month in the run-up to the exit date.

In the UK, a ‘no deal’ Brexit is becoming a believable scenario, with 43.2% respondents suggesting this is most likely to happen. However, the sentiment is much different in the rest of Europe where 57.1% of respondents are confident that the UK will leave with a deal secured.

The study also reports that the most prepared sector for both a ‘deal’ and ‘no deal’ scenario is financial services. Public sector and healthcare organisations feel the lack of Government guidance on Brexit has delayed their planning for Brexit, while SMBs also feel unprepared due to the lack of dedicated resource to ensure plans are made.

The loss of EU grants and funds has resulted in insecurity. Micro-organisations employing less than ten people feel most exposed. From an insurance perspective, 75% of respondents reported that they have not been advised on how (or if) their insurance policies will change once Brexit comes into effect. Even their insurance companies have advised that they will not be able to receive the necessary information until there’s a clear Brexit scenario.

Rachel Elliott, head of thought leadership at the BCI, commented: “Our research has uncovered a worrying lack of preparedness amongst organisations, with the public sector and smaller organisations in particular struggling due to a lack of guidance from the Government. With 14% of respondents admitting they have already moved or are in the process of moving staff or operations out of the UK, the lack of information provision from the Government is not just an issue for continuity and resilience professionals within industry, but also threatens to unhinge the strategic direction and financial performance of entire organisations.”