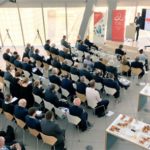 The tenth edition of CSL’s annual Insurers’ Forum, organised and run in association with Vodafone, witnessed a record attendance of over 60 senior insurers and fire and security sector consultants from leading companies at UBM EMEA’s headquarters in London’s Blackfriars. Expert speakers discussed the most important topics in the industry today, among them cyber security, home automation, M2M/IoT solutions and new technologies.

The speaker line-up included Jason Girardier of Control4 who discussed smart home automation and how it can help the compliance of insured clients. For his part, Stephen Ridley of Hiscox (Aston Scott Partnership) spoke about the need for awareness of cyber threats and what companies can do to prevent attack episodes.

Simon Gordon of Facewatch outlined the purpose of the company’s innovative crime-fighting system that’s being deployed in retail premises, how it reduces criminality and what it means for insurers.

Stephen Adams of BAFE joined the audience via a video link to discuss the latest developments within the fire industry, how fire monitoring compares to security monitoring and what insurers can do to help improve this.

For her part, Chantel Smith of Inner Range Europe presented on the firm’s latest product (including the standards with which it complies), cyber threats and the ideology behind a cloud-based alarm system.

Ray Kay of Vodafone outlined the company’s investment in networks and services in the UK. Kay also talked about Vodafone’s ongoing partnership with CSL and the importance of wireless technology.

Simon Banks of CSL provided a commentary throughout proceedings, duly focusing on the value of partnerships within the industry, investing in innovation, the progressive trends being witnessed and bridging the skills gap. 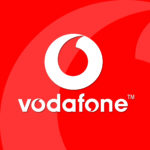 One month ago, CSL announced an extension of its existing and established agreement with mobile network operator Vodafone.

The ten-year deal with Vodafone will support CSL’s expansion into new verticals, including retail and the utilities, as well as continued investment for its core fire and security customer base. Vodafone’s commitment to maintaining and improving all services (2G, 3G and 4G) will also support CSL’s product innovation and service commitments going forward.

This new deal, which extends an existing 20-year relationship, supports CSL as the business continues to add 6,000 connections to its base each month. Vodafone’s expertise as a total communications provider that recognises the importance of maintaining investment into critical network services will be nothing less than invaluable to CSL’s growing service and IoT needs.

For its part, CSL is trusted to provide the connectivity of nearly half a million connected M2M/IoT devices throughout Europe.

The Vodafone platform provides a complete, hosted solution for managing IoT assets wherever they’re deployed, in turn enabling CSL to access real-time data about the status of its devices and connections and have centralised control for managing any configuration changes, while at the same time maintaining the highest levels of security and reliability.

Cyril Deschanel, head of Northern Europe for Vodafone IoT, explained to Risk UK: “Vodafone is delighted to be working with CSL. We already have a strong working relationship with the company. This venture cements our partnership still further. It’s a great investment and an example of how we can help to provide mission-critical level connectivity for the alarm security sector.”

Engineers of Tomorrow: the 2016 Winners 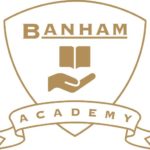 Both winners are currently halfway through their apprenticeships at The Banham Academy, the educational division of The Banham Group, itself the largest provider of security systems in London and the South East.

Elsey works in-house at Banham’s Installation Department while Harding works for Elm West Security, an SME. Elm West Security elected for Harding to complete his training at The Banham Academy knowing full well the success many apprentices have enjoyed at the training centre, which is located in South West London.

For the apprentices to have won this prestigious competition with only six months training under their belts is a fantastic achievement.

Kevin Faulkner, head of The Banham Academy, said: “We’re delighted to have won the Engineers of Tomorrow Competition for 2016 and we’re extremely proud of our apprentices. Max and Joe have only been apprentices for six months so this is a particularly incredible achievement for them and a true testament to the valuable skills
and training The Banham Academy provides young people in order to further their careers within the industry.”

Simon Banks added: “The Banham Academy is leading the way with apprentices, both in terms of its own students and those from external companies. This is a great example to the rest of the industry. We need to provide more training centres and lobby local colleges to offer the training courses our sector needs to fill the skills gap.”