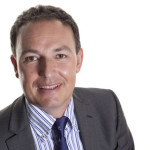 Simon Banks, group managing director at the CSL DualCom Group, has won the prestigious 2015 Peter Greenwood Award. Sponsored by the Fire and Security Association (FSA), the annual Peter Greenwood Award is specifically designed to recognise professionals in the security systems business sector who have made an outstanding contribution.

Banks wins the award for his work with CSL DualCom, a business he founded back in 1996 and which has gone on to become a leading international secure communications provider specialising in Machine-to-Machine (M2M) communications.

Banks is also commended and honoured for his tremendous efforts in promoting and supporting apprenticeships in the security systems sector and, indeed, for his contribution as the industry’s representative on the National Security Inspectorate’s (NSI) Board of Directors.

Speaking about this tremendous accolade, Simon Banks told Risk UK: “I’m very proud that CSL DualCom has enjoyed such growth thanks to investment in the very best people, customer service and innovation. We acknowledge that many of our achievements are the result of graduates and apprentices within our business. On that note, I’m particularly pleased that the industry has recognised the value of apprenticeships and their extremely important role in terms of closing the skills gap.”

Pat Allen, chairman at the FSA, added: “Simon was the outstanding candidate for this year’s Peter Greenwood Award. His commitment to supporting our industry and helping young people into apprenticeships is unrivalled. I congratulate him on this win and very much hope the industry will continue to benefit from Simon’s extensive knowledge and experience thanks to his work with CSL DualCom and his role as a director of the NSI.”

Simon Banks was sponsored through Technical College by the Plessey Marine Research Unit before joining London-based control panel manufacturer Scantronic in 1988 where he started out as a software engineer before moving into a sales and marketing role.

As stated, Banks founded CSL DualCom just eight years later with a view to manufacturing security and communications products. In the last 18 years of operation, the business has grown to become a multi-million turnover proposition in the security sector, expanding to become a world partner of several leading communications providers.

As a company, CSL DualCom has been a keen supporter of the Engineers of Tomorrow initiative which encourages young people to pursue a career in the security sector that begins with an apprenticeship.

For his part, Banks co-founded the 100 in 100 apprenticeships drive campaign in early 2011 and, to date, the scheme has placed over 1,800 young apprentices into careers within the security sector. This is a fabulous achievement.

The Peter Greenwood Award is the longest-established individual award in the security profession and has been in existence since Greenwood’s untimely death in January 1995.

Peter was a former head of the Electrical Contractors’ Association (ECA) Security Group and was also involved with the organisation’s Fire Group as well as being a founder member of the Security Industry Lead Body (SILB).

The FSA was founded in 2007 as a specialist group of the Electrical Contractors’ Association. The FSA represents ECA members who are involved in the business of designing, installing, commissioning, maintaining and monitoring electronic fire and security systems. The FSA also partners with Scottish trade body SELECT on fire and security issues.

The ECA is the UK’s largest Trade Association representing electrical and other engineering contractors at the regional, national and European levels. ECA member companies boast a combined turnover in excess of £6 billion per annum.

ECA members carry out design and installation activity in both the domestic and commercial sectors. This involves all types of system solution from power and lighting through to data communications, energy efficiency and renewables. They’re also involved with cutting-edge building control technologies.