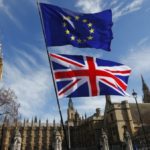 Discussions focused on contingency planning for both no-deal and deal scenarios in order to secure the best possible outcomes for policing through the Brexit process. Funding was discussed, both in relation to individual forces and national projects. The Police and Crime Commissioners (PCCs) sought assurances from the Home Secretary that funding could be secured to ensure the sustainability of police operations regardless of the outcome.

The PCCs highlighted risks associated with the loss of multiple European law enforcement tools, databases and the European Arrest Warrants and sought assurances from Sajid Javid that UK policing can maintain these capabilities regardless of the Brexit scenarios.

In addition, the three PCCs raised the importance of police officer and police staff welfare, for example loss of leave and rest days, during what could be a period of considerable strain on policing resource. They asked the Home Secretary to consider giving close regard to this issue including working closely with the Department for Education and the Ministry for Housing, Communities and Local Government.

Matthew Scott (PCC for Kent and a representative of the Conservative Party) observed: “We’re pleased to have the opportunity to again impress upon the Government the importance of policing and security to any potential deal both for the UK and the EU. Recent events in Parliament haven’t changed that simple fact.”

Willy Bach (the PCC for Leicestershire) added: “It was important for us as representatives of all PCCs to be able to tell the Home Secretary in person of the concerns we have on behalf of police forces when it comes to Brexit. It’s absolutely vital that the arrangements for co-operation between our police and those law enforcement bodies in the EU remain in place. Those arrangements have saved lives and brought criminals to justice.”

Martyn Underhill (Dorset’s PCC) concluded: “It was a fruitful meeting. I’m glad that we were able to discuss the financial and forensic implications of both a deal or no-deal outcome.”