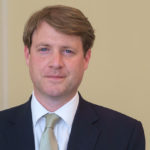 Chris Skidmore: Minister for the Constitution

The 40-page Fraud Landscape Report, which examines how Government is tackling fraud against the public sector, shows that progress has been made since a number of initiatives were put in place in 2013 to identify fraudulent activity. Government has detected fraud loss of £73.6 million, recovered £18.4 million and prevented fraud losses of £33 million.

The Government is tackling fraud by increasing its capability through launching the ‘Counter Fraud Profession’, setting Government-wide standards to improve consistency across the public sector, actively increasing the use of data sharing and analytics to prevent and detect fraud and delivering an internal fraud initiative which bans public sector employees dismissed for fraud from working in the public sector for five years.

The report focuses on fraud loss outside of the welfare and tax systems. This is because information on these areas is published annually by Her Majesty’s Revenue and Customs and the Department of Work and Pensions. The purpose of this report is to increase the focus on fraud risk and loss in the rest of Government where less is known.

This follows the Government’s established approach and the National Audit Office’s recommendation to continue in this direction and for the Cabinet Office to publish data on known fraud levels across Government.

Chris Skidmore, Minister for the Constitution, said: “The rise in the amount of fraud that has been detected and prevented has been due to the diligent efforts of public sector workers, but there’s always more we can do to tackle this scourge which takes money away from hard-working taxpayers. Before 2010, Government departments were reporting much lower levels of fraud and this is something about which we must be wary. Fraud is a hidden crime and, from 2010, with the Government strengthening its activity designed to look for, identify and report fraud, we’ve duly witnessed more of it being uncovered.”

Skidmore added: “The Government is coming together to increase its capability to detect and deal with fraud through groundbreaking initiatives such as the creation and adoption of standards and the launch of the ‘Counter Fraud Profession’. These actions demonstrate our strong commitment to successfully tackling fraud.”