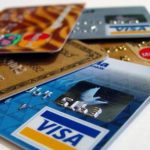 Purchase scams were the most prevalent authorised push payment (APP) scam in the first half of 2018, accounting for almost two-thirds of reported APP cases with a total of £19.4 million lost. In these scams, the victim pays in advance for a product or service, such as a car, electronics or a holiday rental which is never received or doesn’t even exist. Such scams often take place online, through auction websites or social media.

Katy Worobec, managing director of economic crime at UK Finance, said: “Fraud and scams pose a major threat to our country. The criminals behind it target their victims indiscriminately and the proceeds go on to fund terrorism, people smuggling and drug trafficking, whether or not the individual is refunded. Every part of society must help to stamp out this menace, especially by stopping the data breaches increasingly fuelling fraud. The finance industry is committed to fighting back, investing millions in security systems and cyber defences to protect customers. We have brought in new standards to ensure scam victims receive the help they need from their payments provider. We’re supporting law enforcement in disrupting the criminals and freezing stolen money and we’re assisting the Government in improving intelligence sharing to extinguish the threat.”

The unauthorised fraud data on payment cards, remote banking and cheques for January to June 2018 shows the following outcomes:

*Cheque fraud losses fell 41* to £3.2 million. This is the lowest half-year total on record. £74.3 million of attempted unauthorised cheque fraud was prevented

*There were 1,036,376 reported cases of unauthorised financial fraud. That’s a rise of 10% compared to the year before

The finance industry is tackling authorised and unauthorised fraud by:

*Helping customers to stay safe from fraud and spot the signs of a scam through the Take Five to Stop Fraud campaign, which is operated in collaboration with the Home Office

*Joining with Government and law enforcement to deter and disrupt the criminals responsible and better trace, freeze and return stolen funds

*Delivering the Banking Protocol: a groundbreaking rapid response scheme through which branch staff can alert police and Trading Standards to suspected frauds taking place. The system is now operational in every police force area and, in the first six months of this year, prevented £14.6 million in fraud and led to 100 arrests

*Sponsoring a specialist police unit, namely the Dedicated Card and Payment Crime Unit, which tackles the organised criminal groups responsible for financial fraud and scams. In the first half of 2018, the unit prevented £25 million of fraud and carried out 84 arrests and interviews under caution

*Working with the Information Commissioner’s Office to establish guidance on how information about APP scams can be shared between UK Finance members such that they can protect their customers, while calling for new powers on information sharing to allow banks to share data to detect and prevent financial crime better

*Hosting the Government-led programme to reform the system of economic crime information sharing, known in the industry as Suspicious Activity Reports, such that it meets the needs of crime agencies, regulators, consumers and businesses alike