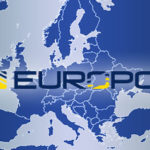 On Thursday 8 December, 33 people were arrested as several homes were searched in Greece as part of a joint security and policing investigation conducted by UK and Greek officials with support from Europol.

The individuals were arrested for their suspected roles in an Athens-based organised crime group believed to be facilitating the smuggling of Iranian nationals from Greece to the UK, often via France and Spain, either by dint of using counterfeit documents or by people impersonating the legitimate document holders.

A Europol specialist in illegal immigration facilitation, equipped with a mobile office, was deployed ‘on the spot’ and assisted the national authorities involved throughout the operation.

24 of those arrested were detained in Greece as part of a joint investigation by the UK’s Organised Immigration Crime Task Force, Project Invigor, and the Organised Crime Unit of the Hellenic Police with backing from Europol.

The men, aged between 26 and 45, were held after a series of raids in Athens and remanded in custody.

Investigators believe the group were charging up to 10,000 Euros per person to supply migrants with fraudulently obtained or altered identity documents, and to arrange their onward journeys to the UK.

Four forgery factories, where it’s alleged the group produced the counterfeit documents, were dismantled as part of the operation. Forgery equipment, 50,000 Euros in cash and hundreds of documents were also seized.

In a linked operation, nine individuals were arrested as UK officers were deployed to addresses in Glasgow, Leeds, Manchester and Northampton on Monday 5 December. They were supported on the spot by a Europol analyst with a mobile office who performed real-time analysis and cross-checks against Europol’s databases. Three French police officers also provided support.

The suspected criminal ring was based in the UK, more specifically in Greater Manchester, and conducted its activities in other EU Member States. Due to the transnational activity of the organised crime group, parallel investigations emerged in the Czech Republic, France, Greece and Spain under the co-ordination of Europol and Eurojust. A joint investigation team (JIT) was also established between the UK and France.

Europol contributed to the investigation by providing tailored analytical reports which enabled investigators to gain a clear picture of the potential case implications and the connections established among the five Member States involved. Eurojust provided legal and financial support to the JIT to facilitate effective cross-border co-operation.

Chris Hogben from the National Crime Agency’s Border Policing Command, and deputy head of Project Invigor, said: “As a result of close collaboration and intelligence sharing with the Greek authorities, this operation has led to the arrests of those we believe are key members of a criminal network responsible for smuggling hundreds of Iranian migrants from Iran to the UK. We will continue to work with our partners around the world and in the UK to pursue the criminals facilitating illegal immigration, and take action to disrupt their networks.”

Police Lieutenant General Christos Papazafiris of the Hellenic Police Security Division of Attica added: “I would like to congratulate the officers of the Sub-Directorate of Organised Crime of the Security Division of Attica as well as all the departments and services who contributed towards this important operation. Let me also thank the National Crime Agency in the UK and the attending officers for the excellent co-operation that we maintain in our joint struggle against organised crime.”

Project Invigor is the National Crime Agency-led UK law enforcement Task Force targeting the criminal networks behind people smuggling. It includes various UK partners such as Immigration Enforcement, Border Force, the Crown Prosecution Service and the police and is the biggest Task Force of its kind in Europe.