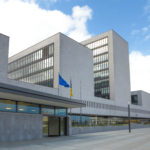 From 2010 to 2014, 2.2% of the estimated proceeds of crime were provisionally seized or frozen, while 1.1% of the criminal profits were finally confiscated at EU level. That’s according to a recent report pieced together by Europol’s Asset Recovery Unit in co-operation with the Asset Recovery Offices of EU Member States.

This study also estimates that the annual value of provisionally seized/frozen assets in the EU is around EUR 2.4 billion, with about EUR 1.2 billion finally confiscated each year at the EU level.

Cross-border co-operation between law enforcement agencies and Europol in order to trace and identify criminal assets has significantly improved in recent years, with more than 1,000 asset recovery investigations being carried out across the EU in 2015.

Despite this increase and more effective co-operation, the final results in terms of confiscations are still modest, clearly showing that more work needs to be done. For example:

*Strengthening of financial investigations at the national level, in particular in relation to organised crime activities

*Increased investment in resources and training

*Collection of information on court decisions

Nevertheless, EU Member States have shown a “growing interest” in identifying and quantifying the amount of seized and confiscated assets at the EU level, although it’s challenging to give such a comprehensive picture mainly due to the differences found in the organisation and structure of the EU national agencies as well as those between elements of national legislation.