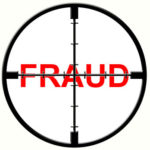 Crimestoppers has joined forces with NHS Protect – the national agency leading the NHS’ fight against crime – in launching a dedicated 24-hour reporting line designed to tackle fraud, bribery and corruption against the health service in England and Wales.

With fraud considered to be under-reported across the health service, the line allows those working within the NHS and, indeed, the wider health service (as well as members of the general public) to report known or suspected economic crimes that deplete the public purse and, ultimately, reduce the quality of care available for patients.

Again, as of 31 March this year, over £2 million was restrained (ie ‘frozen’) and more than £2.4 million confiscated using the Proceeds of Crime Act.

Roger Critchell, director of operations for Crimestoppers, outlined: “We’re incredibly fortunate to have one of the best health services in the world, so it’s staggering that there are people abusing this by defrauding it of money that could be used for care and treatment. We’re delighted to be working with NHS Protect to provide a user-friendly and robust system for people to report suspected financial crime against the health service. With a good deal of help, we can defend the NHS against fraud, bribery and corruption.”

Chris Cockell, intelligence and research manager at NHS Protect, explained to Risk UK: “Over the years, NHS Protect’s existing facilities for receiving this vital information have served us well, resulting in numerous successful prosecutions of fraud, bribery and corruption. However, we’re pleased to enlist the services of Crimestoppers, which is such a well-known, recognised and trusted brand in the field, to take over the running of the dedicated 0800 028 40 60 reporting line. We were attracted by the fact that Crimestoppers has delivered such services to a wide range of clients and harbours both the expertise and experience to extract the most from telephone reporting.”