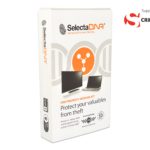 In order to help make communities across the UK that much safer, Crimestoppers – the independent crime-fighting charity – is now supporting the theft and burglary deterrent SelectaDNA. The solution is a trusted crime-fighting tool deployed by almost 90% of the UK’s police forces to reduce burglary, assist in the recovery of stolen property and, ultimately, secure convictions.

Previously only available through specialist police crime reduction initiatives, SelectaDNA will now become more widely available to members of the public by way of a number of new retail and designated membership channels.

In practice, SelectaDNA can be used to mark and protect valuable possessions and assets ranging from laptops, cars, motorcycles, jewellery and fine art through to marine craft, tools and plant and machinery.

Possessions marked with SelectaDNA immediately become a hard target for thieves as criminals know how powerful DNA is in linking them to acts of criminality.

The SelectaDNA product range is tested to the industry standard PAS820, achieving the highest Grade A External rating. The system is also Secured by Design and Thatcham accredited. Its database is the only one of its kind in the UK to hold LPS1224 Issue 3 accreditation.

Produced by Selectamark, a London-based UK security business with over 30 years’ experience in helping the police to reduce the level of burglaries taking place, SelectaDNA is a proven theft deterrent. For instance, it was employed by Greater Manchester Police to reduce burglary by 83% in a local crime ‘hotspot’ area.*

Greater Manchester Police commented that SelectaDNA had not only ‘exceeded expectations’ in significantly reducing burglary, but also that its use helped increase public confidence in the local police and served to bring the community closer together.

For more than 25 years, Crimestoppers has helped to detect, reduce and prevent crime by gathering anonymous information via its 24/7 phone number 0800 555 111 and the online form at www.crimestoppers-uk.org

Since Crimestoppers began operations back in 1988, the organisation has received over 1.7 million actionable calls, resulting in more than 138,000 arrests and charges. Nearly £135 million worth of stolen goods have been recovered and almost £333 million worth of illegal drugs seized and taken out of circulation.

Speaking about this latest development, James Brown (managing director of Selectamark) said: “Having the support of Crimestoppers will help us to provide the public with a completely trusted and cost-effective solution to deter burglary and theft.”

Brown added: “Crimestoppers’ vision of helping people who want to stop crime that hurts them, their family and their community fits perfectly with Selectamark’s own core values and security solutions.”

Rodger Holden, director of development for Crimestoppers, added: “Crimestoppers is always looking to work with organisations that share our passion for keeping communities safe, and Selectamark has certainly impressed us with its ambition. We’re pleased to support the company’s products and hope that they prove to be successful in bringing down the number of people impacted by burglary and theft.”

*Based on a 1,000 home crime reduction initiative conducted across North Manchester in 2011