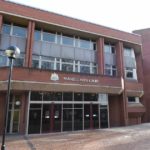 On Wednesday 14 February at Coventry Magistrates’ Court, Michael Ryan (director of Coventry-based IG Security Services Ltd) was found guilty of providing an unlicensed security operative, which is an offence under the Private Security Industry Act 2001. Ryan was fined £850 and his company, IG Security Services Ltd, was awarded a penalty of £1,000. In addition, Ryan has to pay full court costs of £5,265.

On 26 October last year at Leamington Spa Magistrates’ Court, Karl Alexander Morrison (now known as Karl O’Brien) was found guilty of working without an SIA licence at the illegal traveller’s encampment. He was sentenced to eight weeks’ imprisonment, suspended for 12 months, and also ordered to complete 120 hours of unpaid work in addition to paying court costs.

In court, Ryan described how he considered Morrison to be a ‘steward’ who did not, therefore, require an SIA licence. Evidence from witnesses, however, contradicted this argument and indicated that Morrison’s activities made him licensable.

In arriving at its decision, the court agreed with the SIA that the designated activity is clearly defined within the Private Security Industry Act 2001. Irrespective of what someone’s job title may be, it’s the activities they carry out which determine whether or not an SIA licence is required.

Pete Easterbrook, the SIA’s criminal investigations manager, said: “Buyers of security have a right, and an expectation, to know that the staff supplied to them hold a valid SIA licence. In this case, IG Security Services Ltd supplied Karl Morrison, a man with no SIA licence and a significant criminal history, to serve in a position of trust and responsibility. In doing so, I have no doubt that the public was placed at risk. I’m pleased that the seriousness of this matter has been recognised by the court. Both Karl Morrison and Michael Ryan displayed a deliberate disregard for the UK’s stringent licensing regime and have rightly been called to face the consequences of their actions in court.”

Easterbrook added: “The message here s clear. Those who supply unlicensed security operatives are not welcome in this industry. Those choosing to do so can expect to be dealt with robustly, and will likely end up with a criminal conviction and the revocation of any SIA licence held.”